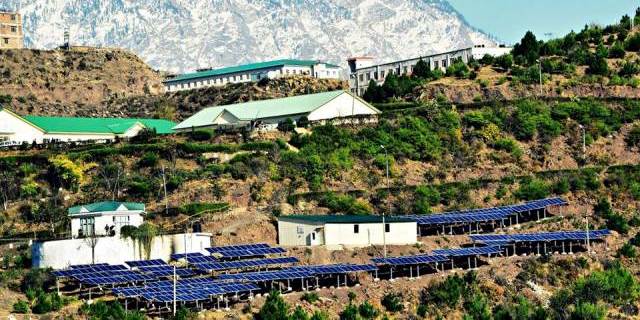 Elections 2019 in South Kashmir: PDP on a Slippery Slope 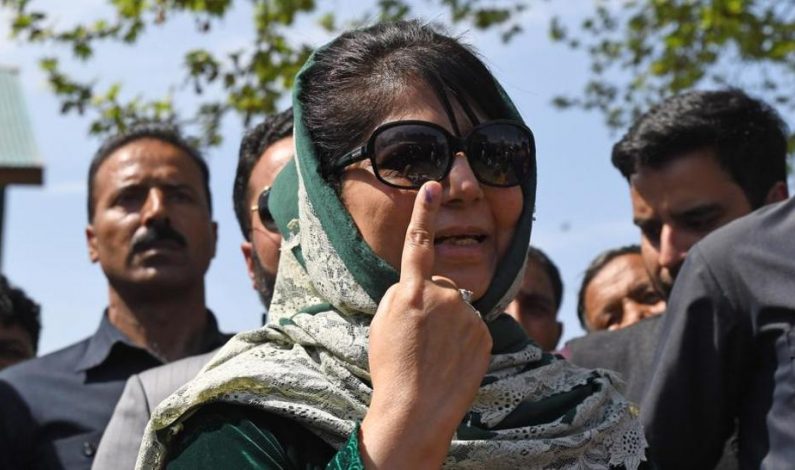 Anantnag: Since the party’s inception in July 1999, the South Kashmir region comprising four districts Anantnag, Kulgam, Pulwama and Shopian has remained bastion of the People’s Democratic Party (PDP), but the situation is completely different now. The PDP is fighting for its survival and relying on party President Mehbooba Mufti’s win in Anantnag parliamentary segment, […]

Rigging of 1987 polls only reason behind present situation in Kashmir: Ram Madhav in Anantnag 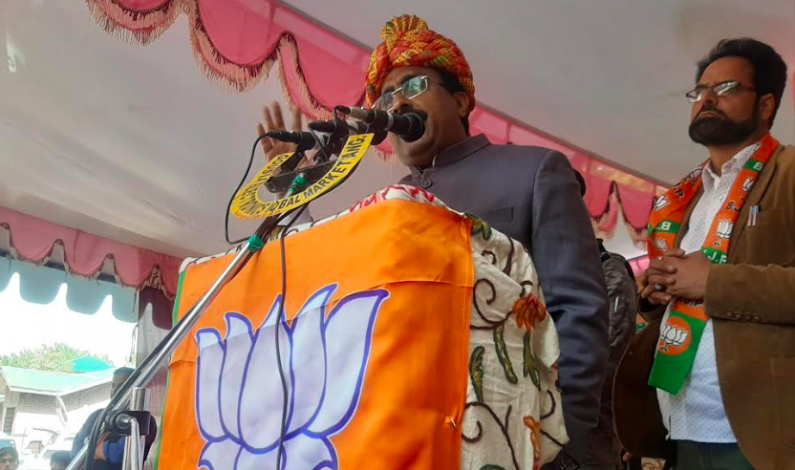 Srinagar: National General Secretary of BJP Ram Madhav on Saturday blamed regional political parties and their leadership for creating Kashmir problem. Addressing a workers convention in Dak Bungalow, Anantnag, Madhav said, “the 1987 Rajiv-Farooq accord is the reason behind the present deteriorated situation in the valley”. He added, “rigging of 1987 polls by Dr Farooq […] 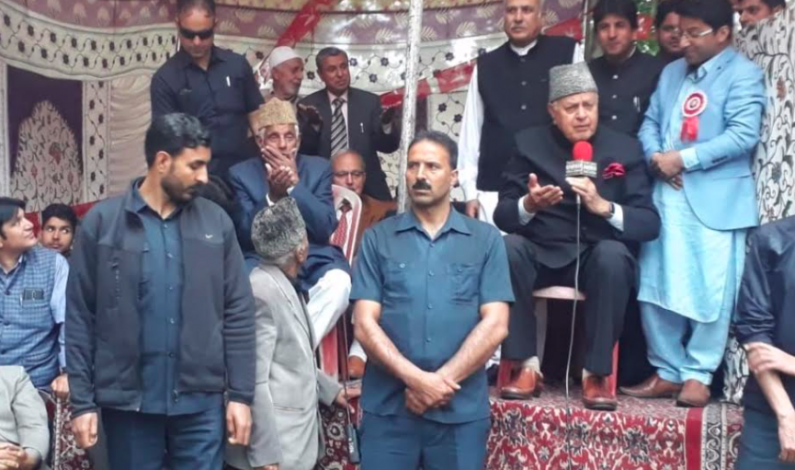 Srinagar: Former Jammu and Kashmir chief Minister and Union Minister Dr Farooq Abdullah Thursday said that the election boycott is not going to serve any purpose. Expressing dissent over the people’s boycott in the first phase of Anantnag Parliamentary polls, Dr Farooq Abdullah said, “people are continuously asking us to save Articles 370 & 35 A […] Srinagar: National Conference (NC) Vice-President and former Chief Minister Jammu & Kashmir Omar Abdullah said that Mehbooba Mufti’s brother even did not considered her worthy for the vote. Omar made these remarks while addressing a workers convention in the Khandipahaari area of Hom shaalibugh area of South Kashmir. His comments have come after reports emerged […]

If I had not risen to occasion 15 years ago, Kashmiris would still have been “bonded laborers” of army: Mehbooba Mufti 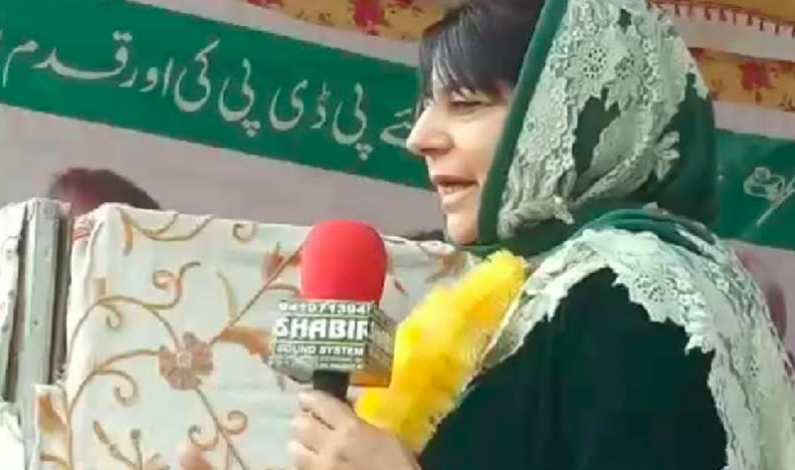 Larnoo: Former Chief Minister and Peoples Democratic Party (PDP) candidate for the Anantnag parliamentary constituency, Mehbooba Mufti said that if she had not risen to the occasion 15 years ago, people of Kashmir would still have been ‘bonded laborers’ of forces, Addressing twin rallies in Larnoo area of South Kashmir, PDP chief said those who […] 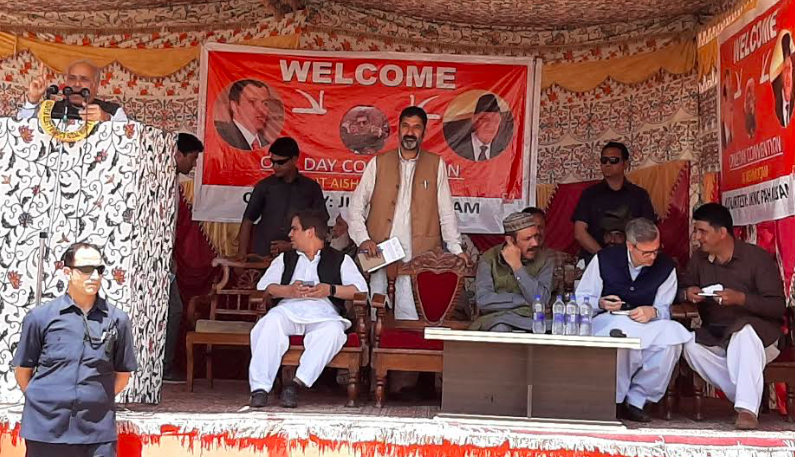 Srinagar: Former Jammu & Kashmir Chief Minister and National Conference working president Omar Abdullah on Sunday said that Mehbooba Mufti is known for shedding crocodile tears at the time of poll’s and that they aren’t going to work anymore. Addressing a workers convention at Aishmuqam area of Anantnag Omar while taking a dig at Mehbooba […]

If ‘Indian agents’ Omar and Mehbooba are dubbed ‘Pakistani agents’ then nobody is Indian in Kashmir: Er Rasheed

Srinagar: Awami Ittenad Party supremo and former MLA Langate Er Rasheed on Saturday said that even if Indian agents and loyalists like Omar Abdullah and Mehbooba Mufti are tagged as Pakistani agents then he completely fails to understand who is Indian in Kashmir valley. Addressing party workers’ convention at Dak Bunglow in Anantnag, he said, […]

Shangus: Jammu Kashmir Congress Chief, Gulam Ahmad Mir said that by suspending cross LOC trade, the BJP led government has undone another confidence building measure (CBM) with Pakistan. “It’s very unfortunate that another CBM with Pakistan has been undone by the Modi Government,” Mir said during a road show through Anantnag’s Shangus constituency which started […] 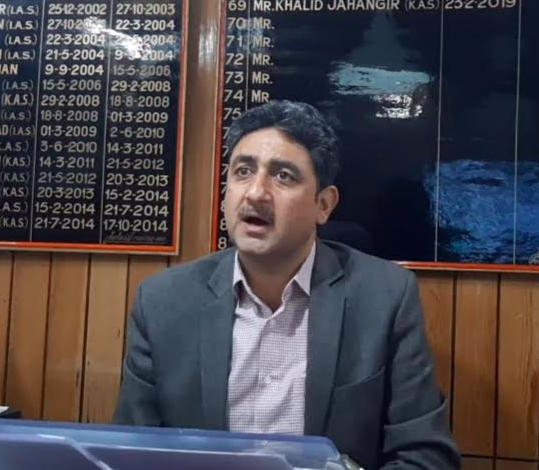 Anantnag: Keeping in view the sensitivity of the area, Deputy Commissioner Anantnag Khalid Jehangir has said that  adequate security arrangements for the first phase of Parliamentary polls in South  Kashmir’s Anantnag constituency. The constituency will go to polls on April 23, in first phase. The elections for the Anantnag Parliamentary Constituency are being held in […]