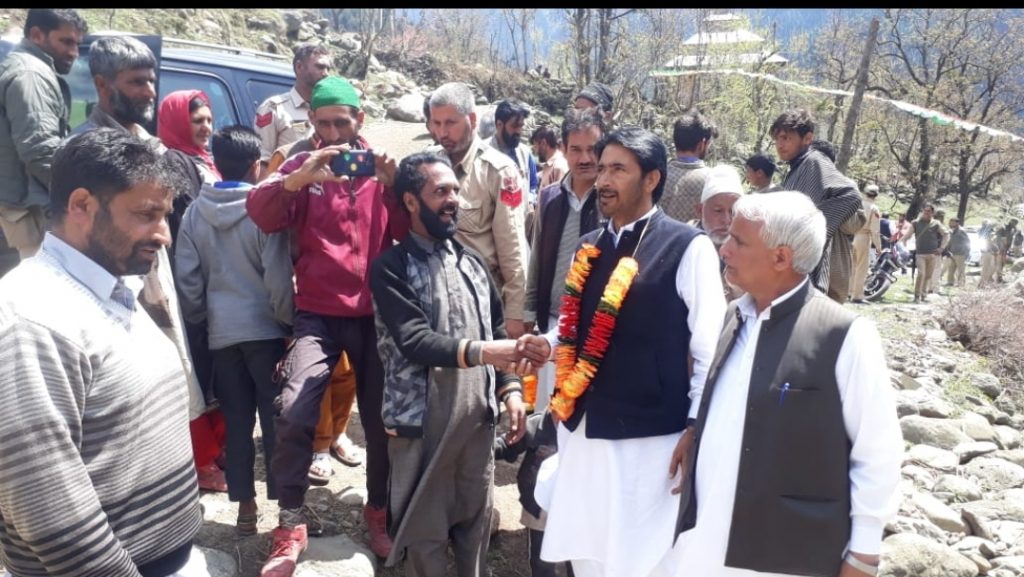 “It’s very unfortunate that another CBM with Pakistan has been undone by the Modi Government,” Mir said during a road show through Anantnag’s Shangus constituency which started from Achabal and concluded at Chakilipora..

The cross LOC trade had started in October 2008 between India and Pakistan as a Confidence Building Measure.

However, the union government recently suspended the trade citing various issues ranging from smuggling of arms and funds.

while leading a road show in Anantnag District’s Shangus area, Mir said,”Congress is India and India is Congress”.

He further added that “whatever development the country has seen it’s only by the virtue of Congress party”.

“Our party has immense respect for the regional parties for their individual base and support but they can’t rule a country. And it’s only Congress which has and is going to rule again the country for the larger interest of people” Mir said.

While appealing people to vote for him he said;”these votes are going to elect the PM so you should vote carefully”.