Srinagar: Former Jammu and Kashmir chief Minister and Union Minister Dr Farooq Abdullah Thursday said that the election boycott is not going to serve any purpose.

Expressing dissent over the people’s boycott in the first phase of Anantnag Parliamentary polls, Dr Farooq Abdullah said, “people are continuously asking us to save Articles 370 & 35 A but how can that happen when people are not coming out to vote and are boycotting elections”. 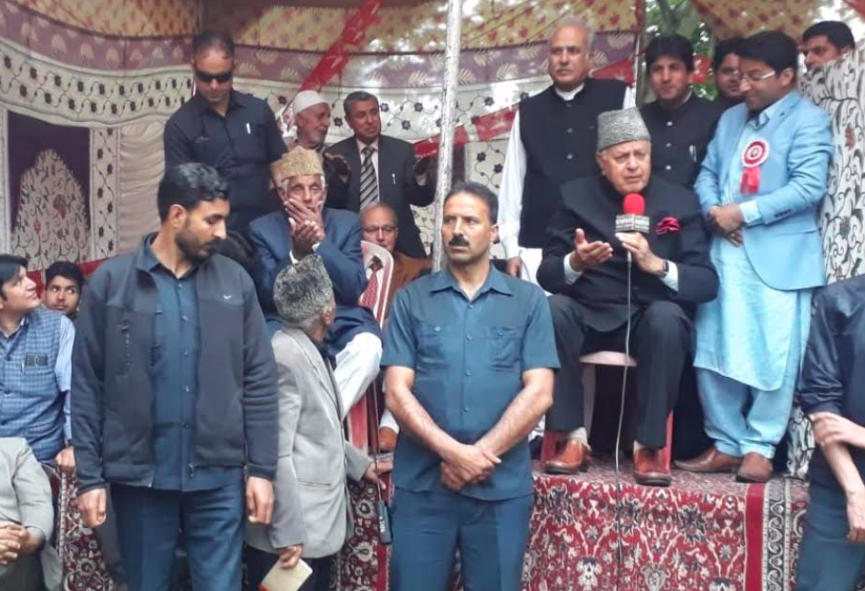 Addressing an election rally in Qazigund, Dr. Abdullah said, “It is only by virtue of the voting of people that we can raise our voices in the Parliament of India in support of the articles”.

He asked that thousands of people have died so far in the ongoing struggle by virtue of gun but has it brought Azaadi. “Gun has only led to destruction everywhere in the valley.”

“EVM (Electronic Voting Machine) is the only solution for all problems and people should now shun the path of violence to give peace a chance,” Farooq said.

Appealing people to vote for party’s candidate for the Anantnag LS constituency Justice Masoodi, he said, “People should come out in huge numbers to vote in favour of Hasnain Masoodi as he is the best choice for South Kashmir’s people”.