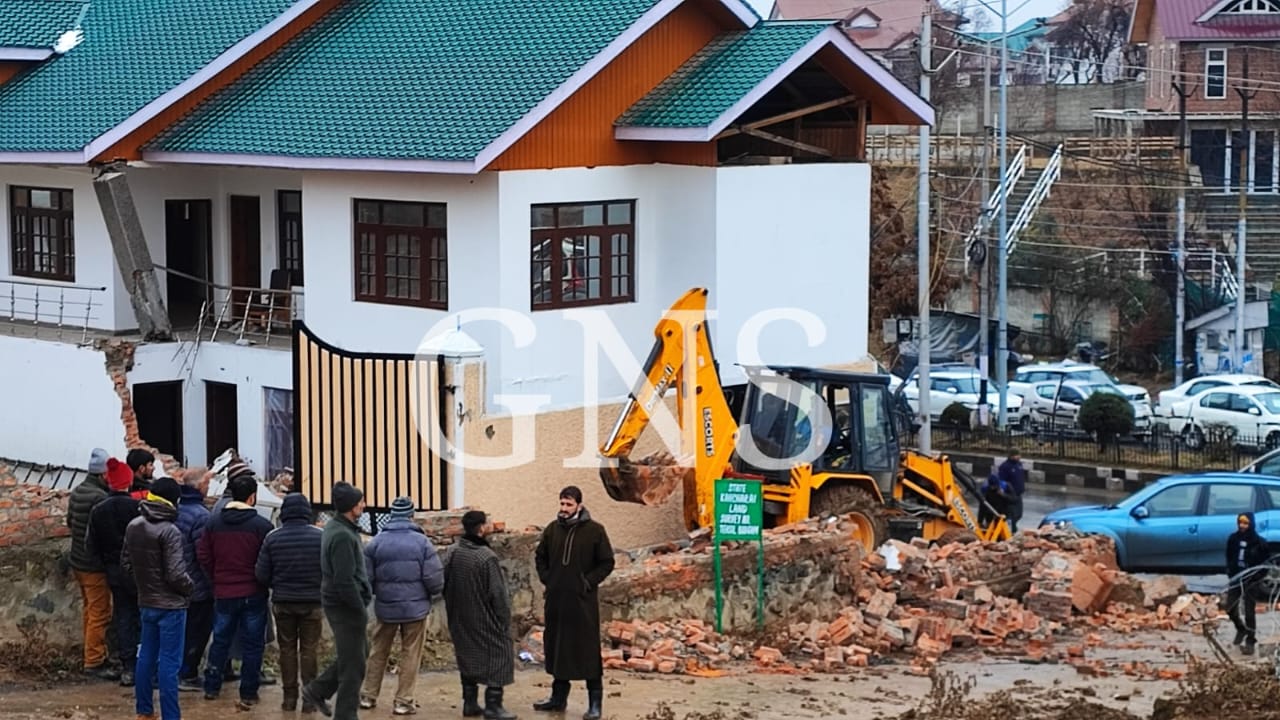 Budgam, Jan 25: A concrete structure raised by wife of Ali Mohammad Sagar, National Conference General Secretary, at Humhuma in this central Kashmir district, has been demolished during the ongoing anti-encroachment drive in Jammu and Kashmir, official sources said.

They said that a team of revenue department alongside law enforcement agencies reached the site at Airport road Humhama this afternoon and razed it to ground. The structure, they said, was raised on the state land occupied by the Sagar’s wife adjacent to her house which is on the proprietary land. “Apparently the concrete structure was being used as a guard room for the security personnel,” they added. gns