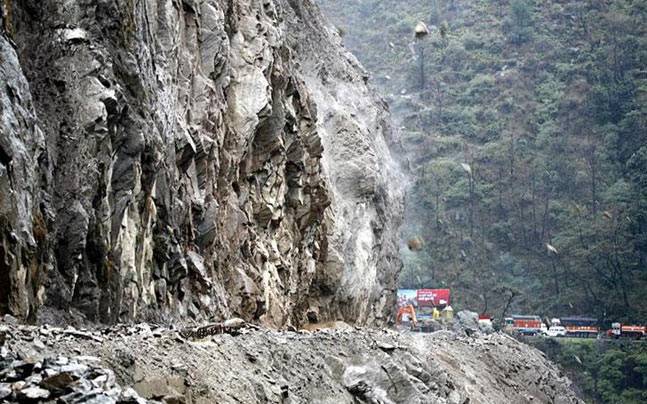 Jammu, Jan 25: A driver from Kulgam district of south Kashmir was killed and two other people were injured after a truck and an oil tanker were hit by a boulder in Ramban district, officials said on Wednesday.

A police officer said that the boulders rolled down at Magarkot area of the district, hitting a tanker (JK02BL-8177) and truck (JK18A- 6968).

He said that the driver of the truck identified as Muneeb Tak of Supat Kulgam died on the spot.

The injured were identified as Gopal son of Bayant Lal of Peera Ramban and Rajinder Kumar son of Prem Singh of Batote Ramban. One of them is the driver of the oil tanker, the officer said.

Meanwhile, a police official said that the accident occurred during wee hours and both the injured were immediately evacuated to Sub district hospital Banihal. He said that a case has been registered in this regard. gns