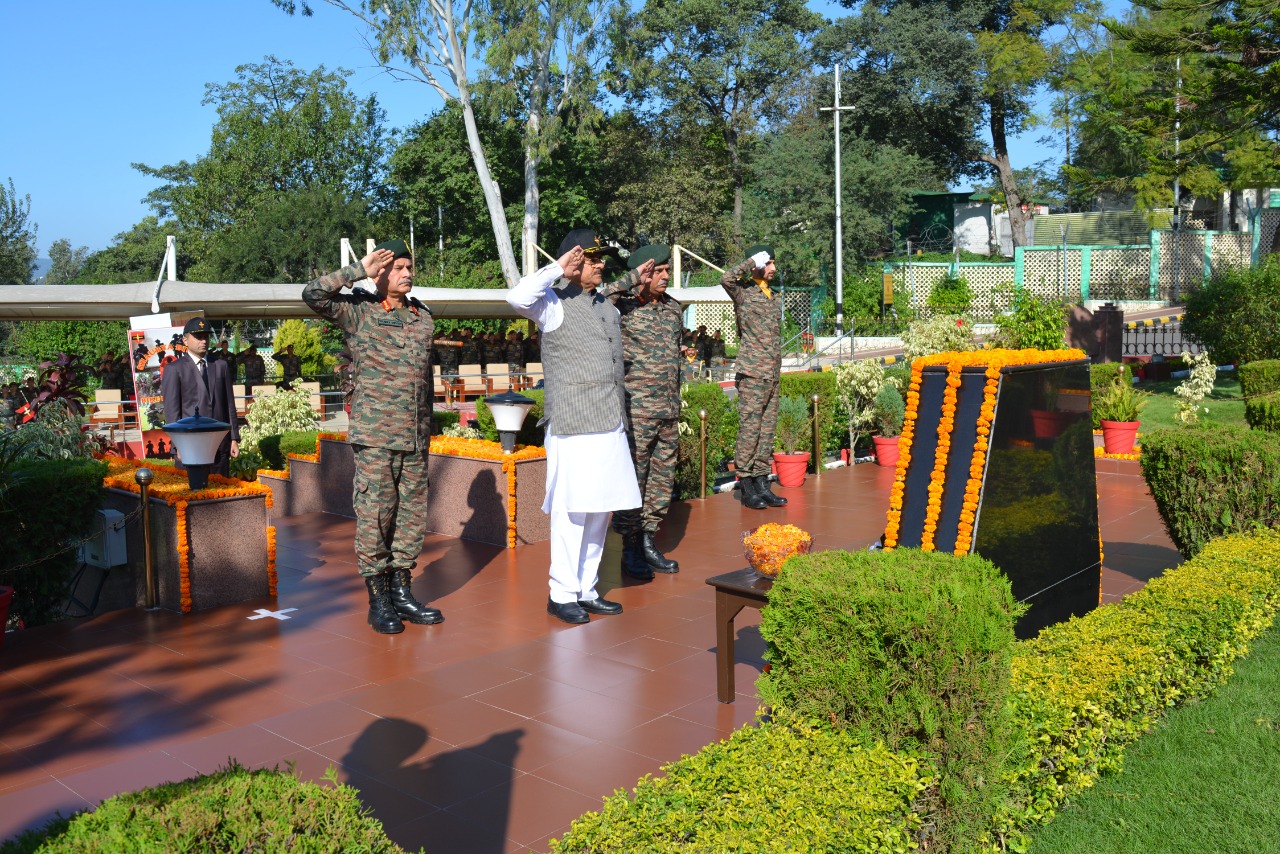 Udhampur, Oct 22 (KNO): Union Minister of State for Defence & Tourism, Ajay Bhatt Saturday visited Headquarters Northern Command at Udhampur where he was briefed on the security and operational situation.

The minister interacted with senior officers and deliberated on various defence related issues, a statement read.

The minister laid a wreath at the Dhruva War Memorial paying homage to the bravehearts who have sacrificed their lives for the nation.

The Bike Rally has been organised to commemorate 75 years of historic landings at Srinagar in the 1947-48 War. The rally will culminate at National War Memorial, New Delhi on 27 October 2022.

The RRM also interacted with NCC girl cadets and motivated them.  He recognised the efforts of the Indian Army in J&K and Ladakh, appreciated the spirit and motivation of troops deployed in active operations and praised all ranks for their unconditional and selfless service to the Nation.

He commended Northern Command for always being in combat while securing the borders and keeping the internal security situation stable in the Union Territories of Jammu & Kashmir and Ladakh.