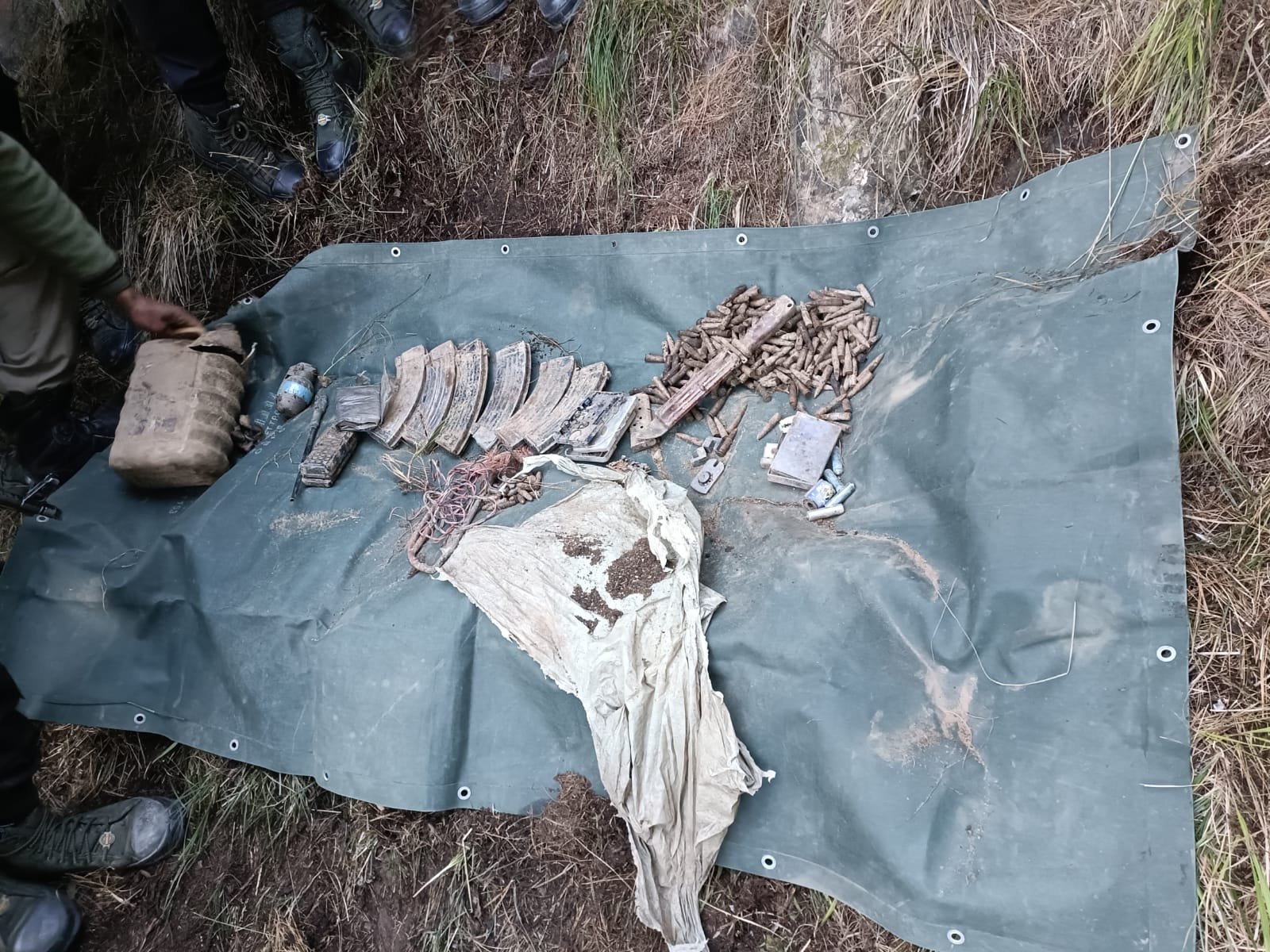 Ramban, Oct 22: Jammu and Kashmir police on Saturday claimed to have busted a militant hideout in Ramban and said that a huge cache of arms and ammunition was recovered.

A police spokesman in a statement said that information was received through reliable sources regarding the presence of a cache of arms, ammunition and related material in the far-flung forest area of Tehsil Khari of district Ramban.

“Acting swiftly on the input, a joint search operation of JK Police and 23 RR Army  was launched in the forest area and suspected hideout locations were searched which continued till evening during which security forces busted a suspected militant hideout and arms & ammunition among other things were recovered from the spot,” the statement said.

In this regard, a case under FIR number 237/2022 under section 7/25 Arms act and Sec 4 Explosives substances act has been registered at P/S Banihal and investigation has been taken up, it said.