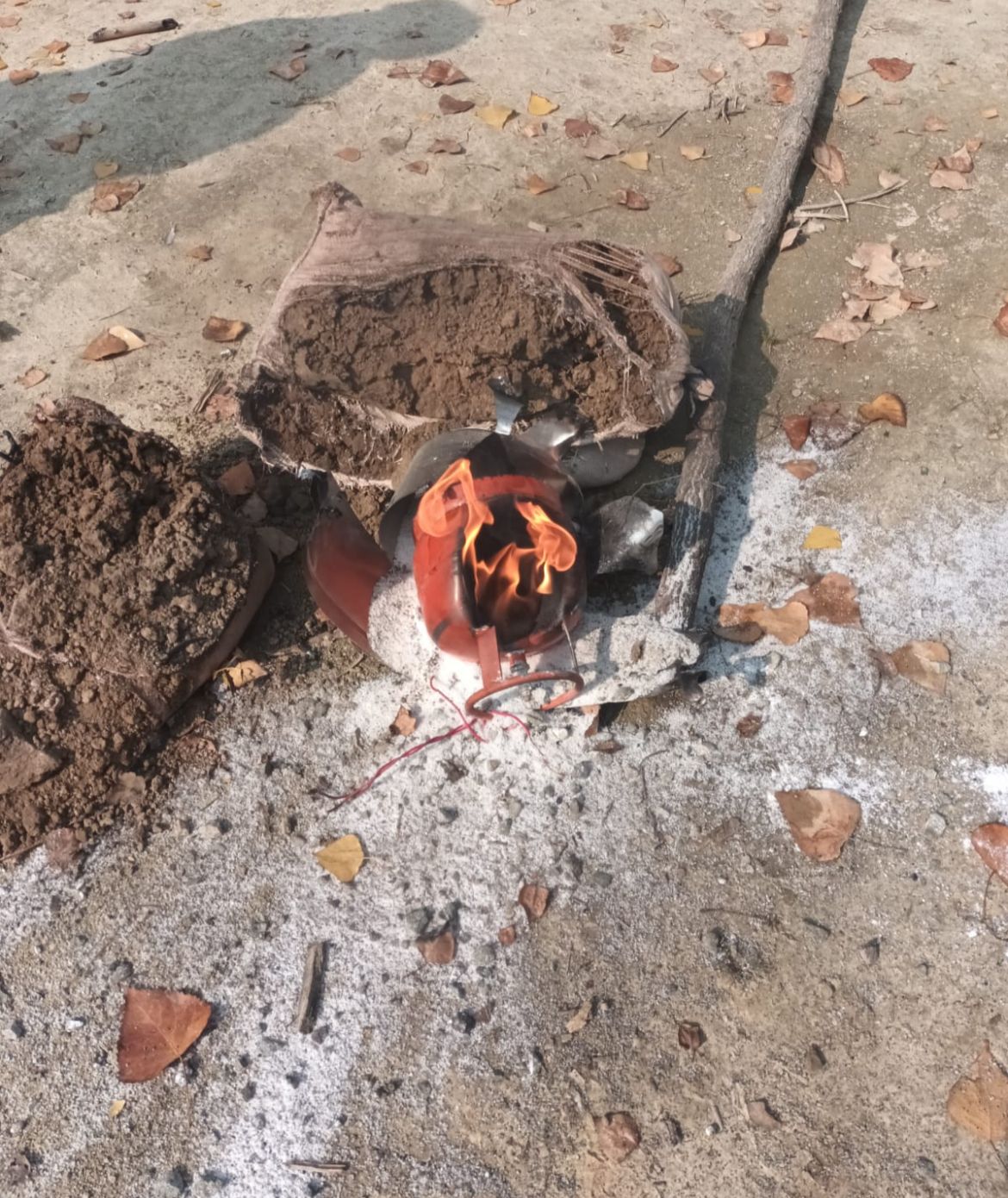 A senior police officer said  that a joint team of police, 02 RR of army and CRPF found a suspicious Bag containing small cylinder and urea in orchards in Parimpora.

The officer further said that to remain on safer side, A small controlled blast was done to open the Bag.