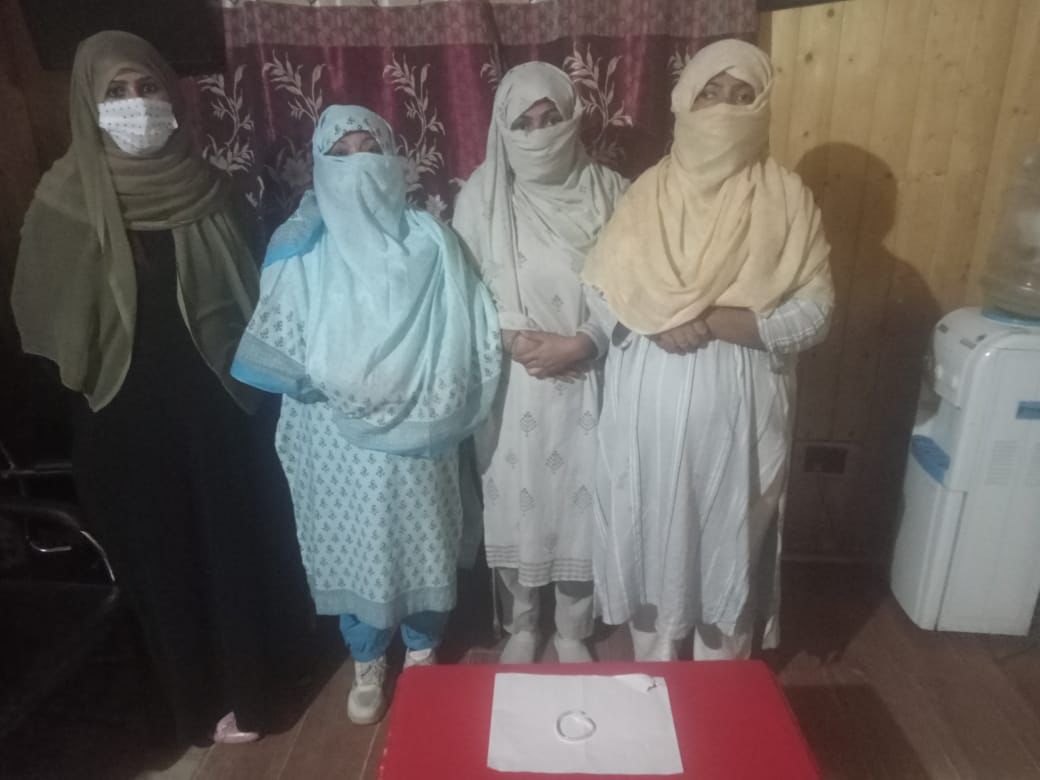 Srinagar, October 14: Police on Friday said that it have busted a gang of women theives in central Kashmir’s Srinagar district.

In a handout, he police said that Police Station Soura received an application from Showkat Ahmed Misger son of Late Mohd Amin resident of Ellahi bagh Buchpora Soura stating therein that he along with his wife were traveling from Rajbagh to Soura in a local bus.

During travel three unknown masked women were also travelling in the same bus.

After deboarding the bus his wife found one gold bangle missing.

During questioning the suspects confessed to their crime and the gold bangle was recovered from a location pointed out by them. Investigation is going on and more recoveries are expected, reads the statement.