T20 World Cup 2022: Four cricketers from UAE get their bats from Kashmir 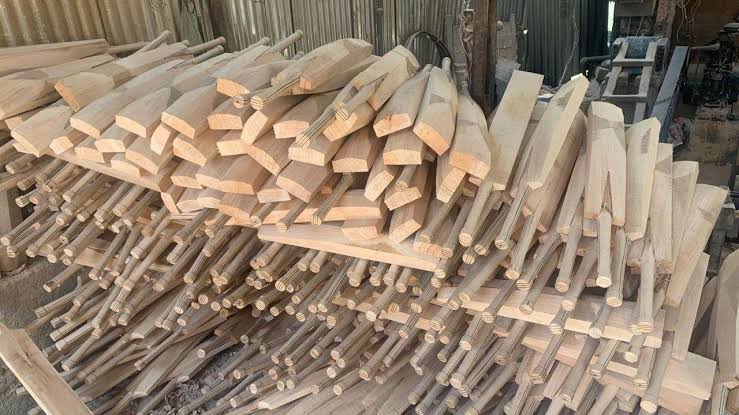 Srinagar, Oct 14: The demand for Kashmiri bats have increased in international markets after two international cricket players from Oman played with them in the T20 World Cup last year.

Now, four players from UAE have got Kashmiri willow for the T20 World Cup 2022 scheduled to be held in Australia from October 16.

People who are associated with this industry said they are happy that more countries have started using Kashmiri bats and expect more teams to procure the bats.

They said that there are around 400 bat manufacturing units in the Industrial area from Sangam to Awantipora in southern Kashmir and a bat of one unit has reached the international stage.

Fawzul Kabir, a 29 year old MBA pass out from Islamic University of Science and Technology Awantipora, who is pursuing PhD from a university in Canada, said that after hectic efforts, a few players of Oman agreed to play with their bats. The bats were manufactured at GR8 sports industry in Halmulla Sangam area of Anantnag.

Kabir, who is owner of unit, said that his late father started the unit in 1974 said demand for Kashmiri bats have increased in international markets

“We have already sent consignment to around one dozen countries and many orders are also in queue,” he said, adding that this is a new beginning for us and we are hopeful very soon that famous international players will play with our bats.

“We are hopeful that Kashmiri bats will emerge as an alternative to English willow bats as we are the only ones who can produce these bats at much less rate than what English willow costs,” he said.

“Now, we are preparing bats here only and now our own manufacturing has reached the international stage as four players from UAE will play with our bat besides other items,” he said. “Now our aim is that prolific players like Virat Kohli, Babar Azam and others should play with our Kashmir made bats.”kno