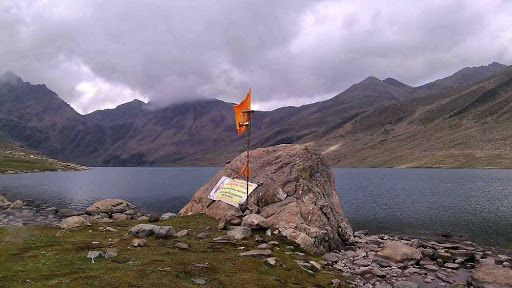 Ganderbal, Sept 03: The annual Gangbal Yatra organised by Harmukh Ganga Gangbal Trust was flagged off on Saturday from Narannag base camp in Central Kashmir’s Ganderbal.

An official said that the Yatra was flagged off by deputy commissioner Ganaderbal, who was accompanied by SSP Ganderbal.

He said that special puja was held at the base camp before the pilgrim headed towards Gangbal Lake.

Deputy commissioner Ganderbal, Shyambir Singh on the sidelines of the ceremony told reporters that this year around 47 Yatris are taking part in the pilgrimage.

He said that all arrangements have been put in place to make this yatra safe and successful.

He added that the arrangements have been made in collaboration with the civil society members and he hoped that this yatra will be successful.kno