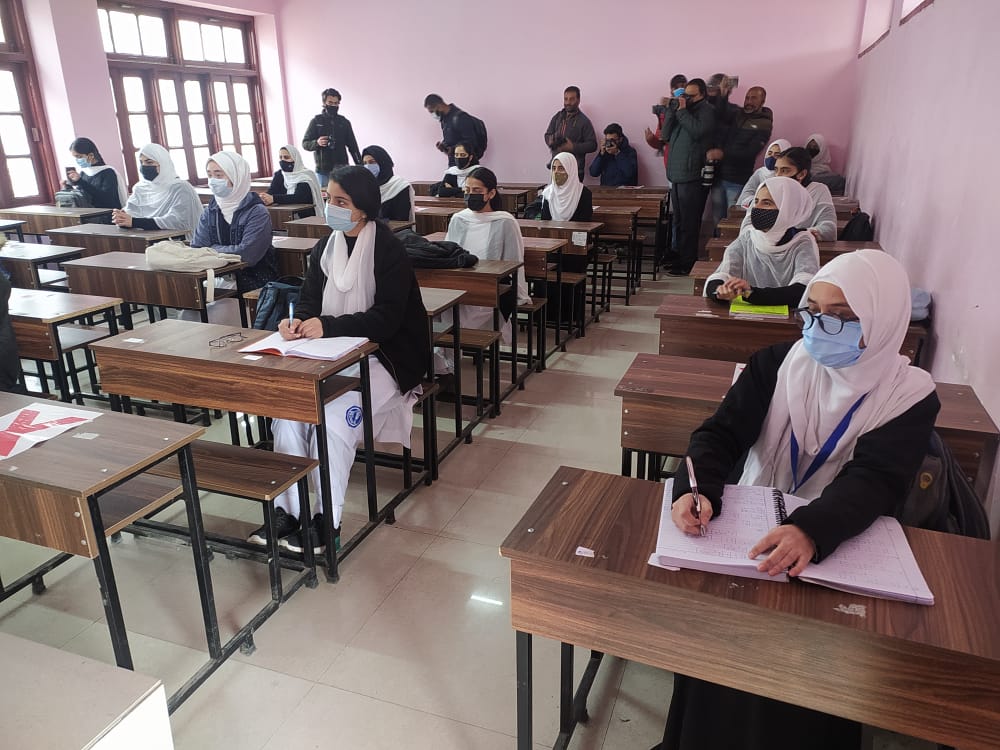 Srinagar, Sep 02: A letter shot by an officer of the School Education Department (SED) in Jammu and Kashmir has sparked a debate once again on whether teachers should follow a dress code in schools.

In the circular addressed to all the heads of the schools, the Chief Education Officer (CEO) Pulwama has said that all the teachers and staff of the schools and other offices are directed to maintain a dress code and become a role model for the students in particular and public in general.

“It is impressed upon all the HOIs (Heads of Institutions) of the district in the education department to implement proper dress code of their staff. Any laxity in this regard shall be viewed seriously,” reads the circular issued by CEO Pulwama, N A Reshi.

He said the department of education was also named as Human Resource Development which means all round development of the child including, social, psychological, moral, mental and overall behavioural.

Invoking olden days practices, the CEO in his circular has stated that long back teachers were modestly dressed and used to wear Sheerwani, Turban and Shalwar which in-turn influenced the child’s personality in a positive manner.

“Nowadays Teachers opt for casual wear and are wearing Jeans Pant and half sleeves shirts, and this has negatively affected the students’ personality, behaviour and sense of thought,” the circular reads.

Notably, the circular comes at a time when stress is being given on asking students to wear uniforms in schools.

“Since educational institutions are the best place where such development takes place under the guidance of a Teacher/Guru/guide/builder. Teacher is just like a mirror and a child wants to see his image in this mirror,” the circular reads.

Stressing on the attire, the CEO in his circular has said that a broken and a tainted mirror produces a tainted image. “A teacher’s dress has a greater impact on a child’s personality,” he said.

While the circular is yet to be implemented in the schools, the move has found no takers from the department itself as the officials say such instructions can only agitate the teachers.

“Teachers are not some different species and we will fix a dress code for only them. It can only agitate them. Dress code is not mandatory for only teachers but other officers as well including the bureaucrats,” said a top official in the School Education Department (SED) while ruling out replication of such instructions in schools.

“The basic issue is that everyone, be it a teacher or a doctor or any other officer, should be presentable to the public,” the official said.

He said it was not possible to implement or replicate such instructions in other schools as part of the department policy.

“CEO Pulwama must have good intentions behind this and may be the instructions will be followed in his district,” the official said.

This is not the first time when a proper dress code was fixed for the teachers. But such initiative was taken in the past as well which however died its own death.

In November 2017, the School Education Department started to focus on the dress code of the headmasters and Principals and asked them to wear a tie as part of dress in their schools.

The move was aimed at making the heads of the institutions and other zonal officers look presentable to the public.

However the directions did not see any implementation on the ground.

Even today the move has triggered a debate within the department, with many teachers seeing it as a move by the CEO to “gain personal attention”.

“What’s the problem with wearing Jeans. What kind of moral policing is this?” asked a teacher, wishing anonymity.

He said there are bigger issues like infrastructural deficiencies, shortage of potable water and toilet facilities in schools which require immediate attention than “these trivial issues”.kno