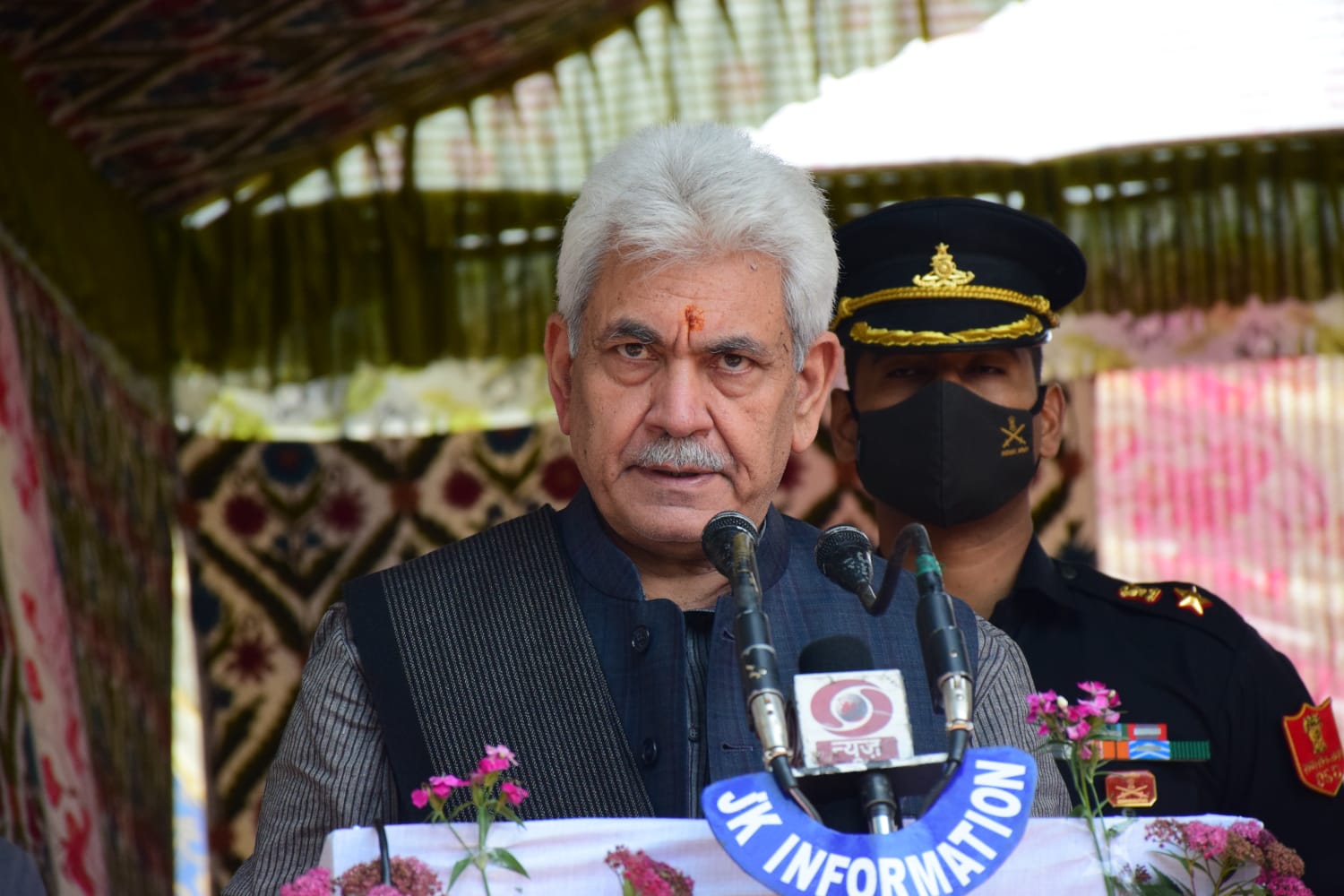 The sacrifices of Dr. Syama Prasad Mookerjee live on in our hearts. He was undoubtedly one of the greatest scholars and statesmen of the country. In this Amrit Kal Khand, let us strive to become worthy heirs to Dr. Mookerjee who sacrificed his life for a united and modern India, said the Lt Governor.

Addressing the ‘Tiranga Utsav’ programme organized by the District Administration, the Lt Governor said that the struggle Dr. Mookerjee endured for human welfare through self-realization was the beginning of a new ideology of public welfare in Indian politics.

The Lt Governor termed Dr. Mookerjee ‘s political life guided by spirituality and determination to uplift the downtrodden of society. His slogan of ‘Ek Vidhan, Ek Nishan, Ek Pradhan’ gave a new vision, a new awakening, a new inspiration to the people for a united and modern India, added the Lt Governor.

A towering man of ideas and ideals, Dr. Mookerjee laid the foundation for the industrial development of the country by setting up three most significant Industrial undertakings, and formulated policies which prepared the ground for future, observed the Lt Governor.

The Lt Governor recalled the indispensable contributions of Dr. Syama Prasad Mookerjee for the complete integration of Jammu and Kashmir with India.

In August 2019, Prime Minister Narendra Modi paid the biggest tribute to Dr. Mookerjee’s vision, his struggle and sacrifice by effecting total integration of Jammu Kashmir with the rest of country. He restored the human dignity and social justice in J&K, which is now walking on a new journey of development, he added.

Despite all the obstacles, we have achieved several milestones. We have been able to empower the underprivileged, established social equality, brought industrial development, ushered a new era for young men and women to realize their dreams and aspirations, the Lt Governor observed.

The tremendous participation in National Anthem Singing competition across J&K, while 8000 school children displaying the National Flag under ‘Har Ghar Tiranga’ campaign in Tral Pulwama is the true reflection of the new J&K, said the Lt Governor.

The Lt Governor asked the people to remember the contribution of great freedom fighters of Indian Independence.

With the determined efforts of the Government and active contribution of common people, we will make J&K the most developed and top performer UT in the country, he added.

On the occasion, the Lt Governor paid floral tributes to freedom fighters and honored the family members of the bravehearts of J&K Police and Security Forces who have made supreme sacrifice in service of the nation.

The Lt Governor also hoisted a 100 feet high Tricolor and appealed to the people to participate in ‘Har Ghar Tiranga’ campaign, bringing home the national flag with honour and pride.

Kathua is the land of bravehearts and martyrs, and our Youth is steadfast for the service of the nation, said Chairman DDC Kathua.