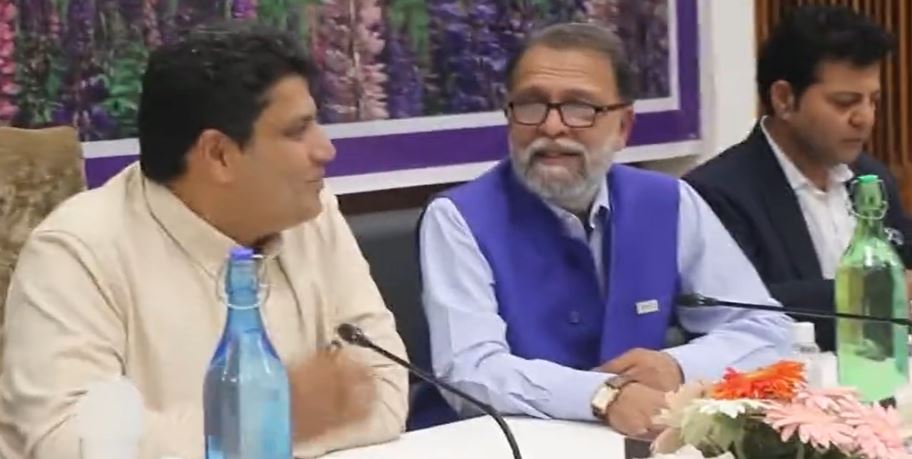 Speaking at the launch, Sarmad Hafeez reiterated that tourism in Jammu and Kashmir has done exceedingly well in the past couple of years with several new initiatives taken to boost the tourism sector in the Union Territory.

He said the J&K Government recently launched a new policy of home stays wherein the department is targeting to enhance the bed capacity by 25,000 beds at different tourist resorts and locations across the UT. He added that Jammu & Kashmir is known for its hospitality all over the world and urged the TAFI to help in disseminating a positive message to the outside world and showcase Kashmir to the outside world in a proper context.

He also congratulated the J&K Chapter and its new team and hoped that the relationship would open new horizons to promote tourism of Jammu and Kashmir.

Noted travel operator, Manzoor Pakhtoon was, on the occasion, unanimously elected as the first president of 12th Chapter of TAFI for Jammu and Kashmir Chapter.

In his address, President TAFI, Ajay Prakash termed the opening of 12th Chapter of TAFI in J&K as a historic day and added that with the launch of a new chapter a vibrant, active and contributing chapter has come into being.

He said that Jammu and Kashmir has witnessed a phenomenal tourist season this year which can be long term rather than short term by focusing on sustainability and promotion to the outside world.

On the occasion, he congratulated and welcomed the new chapter from J&K into the TAFI team.

Manzoor Pakhtoon, the newly elected president of TAFI’s J&K Chapter, in his address said that it is a proud moment for the travel and tour players and said that all the tourism players have to be one and united to promote J&K tourism.

He hoped that on the issues related to trade, TAFI will be at forefront to play its part in any manner it can.

On the occasion, a presentation was also played wherein different tourist destinations and locations were showcased to the TAFI members.

The launch ceremony was jointly organized by the Department of Tourism and the TAFI.

Today the national delegation of TAFI conducted a Familiarisation tour of Doodpathri and other tourist destinations before leaving back.

The delegation appreciated the move of the Tourism Department to add new tourist destinations to the list of attractions for giving tourists ample choice and experience of stay in Jammu & Kashmir.