Befitting Reply Will Be Given: LG, Condemns Militant Attack in Rajouri 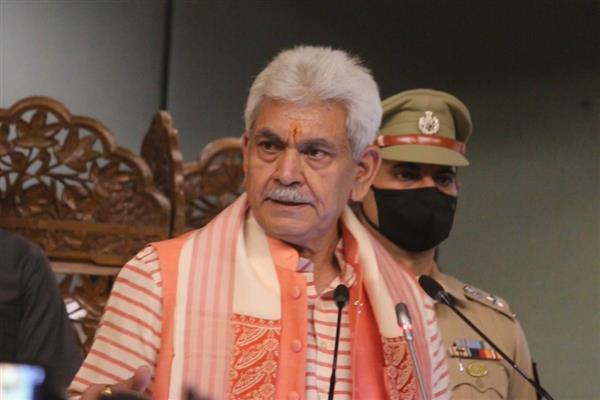 Srinagar, Aug 11: Lieutenant Governor Manoj Sinha and national Conference vice president Omar Abdullah on Thursday condemned the attack on the army in Rajouri district in which at least four soldiers were killed and two others were injured. Two militants, who army said were fidayeen (suicide attackers) were killed in the gunfight which happened during the night.

“Strongly condemn despicable (militant) attack in Rajouri; tributes to brave soldiers who made supreme sacrifice. Heartfelt condolences to the families of the bravehearts martyred in the attack,” Sinha said in a tweet, adding, “We shall deal with evil designs of (militants) and their backers in a befitting manner.”

“Very sorry to hear about the death in the line of duty of three soldiers following a militant attack in Rajouri. While condemning the attack I send my condolences to the families & my prayers for the swift recovery of those officers & jawans injured in the attack #Rajouri,” Omar tweeted.

While identification of the militants has not been revealed so far, soldiers who were killed include Subedar (Junior Commissioned Officer) Rajendra Prasad, Rifleman Manoj Kumar, Rifleman Lakshmanan D and Rifleman Nishant Malik. Army in a statement said that these four soldiers along with two other colleagues suffered injuries in the gunfight while neutralising 2 militants on a “suicide attack.” However they succumbed to the injuries later, the army said.

“We condole their loss and pray for strength for their family member,” the army said in a statement.