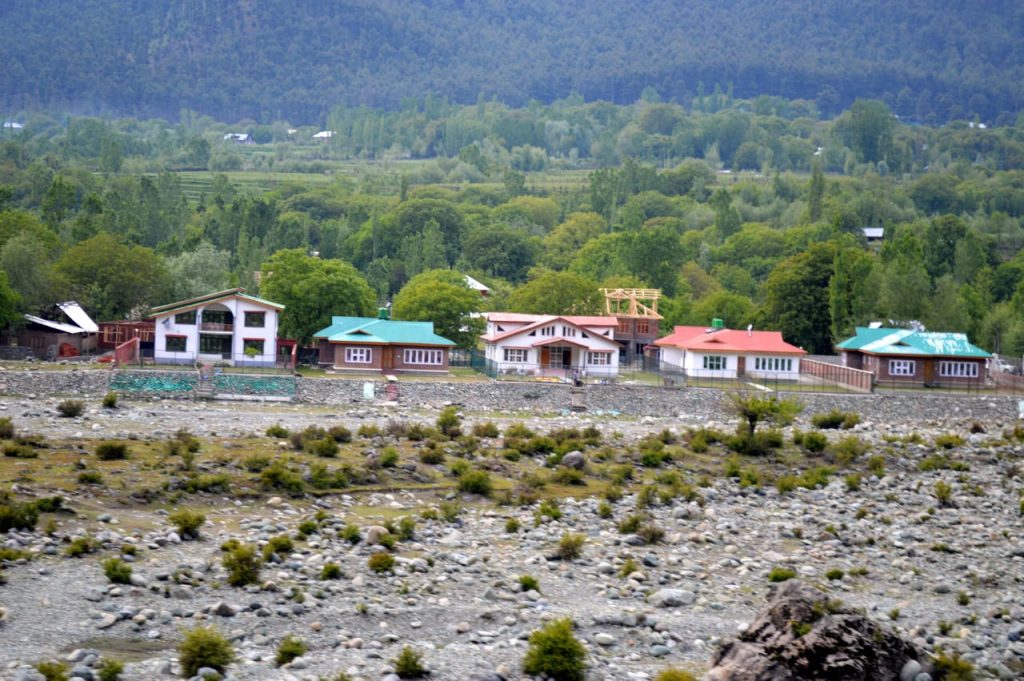 Srinagar, April 1: Jammu and Kashmir high court has asked Revenue Department and the Pahalgam Development Authority to inform as to what action they have taken to get the fake and fraudulent gift deeds, manipulated by the officers at a particular time, nullified in the picturesque health report of Pahalgam.

As the hearing of Public Interest Litigation started, a bench of Chief Justice Pankaj Mithal and Justice Vinod Chatterji Koul noticed that one of the issues arising in the plea was completion of investigation pursuant to the FIR No. 27/2008 filed regarding change of land use under erstwhile Master Plan in Pahalgam.

Senior Additional Advocate General B. A. Dar filed a status report submitted by Senior Superintendent of Police, Anti-Corruption Bureau, South Kashmir, stating that the matter had been investigated by the ACB and it has been found that the role of the then Chief Town Planner, Kashmir Mir Naseem Ahmad “appears to be a dubious one.” “Sometime in the year 1991, he had dishonestly and fraudulently acquired about 29 kanals and 13 marlas of land in planning Sub-Zone A-14 through oral gifts shown to have been made by donors to his close/trusted supporting employees and his associates.”

Consequently, he said, charge sheet was submitted and the trial court on 6th February 2016 framed the charge against the accused persons. However, senior AAG said, on the petitions filed by two of the accused persons, the High Court had quashed the entire proceedings of the case vide order dated 16 October 2018. “Now the matter is sub-judice before the Supreme Court,” he said.

In view of the status report, the court observed that one thing is clear that the matter in pursuance to FIR No. 27/2008, has been investigated and the trial initiated on its basis stands quashed by the High Court.

“In view of the above, nothing further is required to be considered and monitored in relation to the FIR,” the court said as per GNS, adding, “In addition, as the investigation reveals that fake and fraudulent gift deeds were manipulated by the officers at the relevant time, we call upon the Revenue Department and the Pahalgam Development Authority to inform as to what action they have taken to get the aforesaid deeds nullified.”

In case they have not taken any action, the court said, they are directed to initiate proceedings in accordance with law for the cancellation of the gift deeds as also the change of land use as may be advised to them in law and to report the action so taken to the Court.

“The other issue is regarding reframing of the Master Plan. The Master Plan at the relevant time was of the year 2005-2025 and now Master Plan 2015-2032 has been enforced.”

“In view of the above, the prayer for reframing of the Master Plan no longer survives,” the court added. gns