Vehicle with SDM, 2 others on board comes under avalanche near Sadnatop, rescued 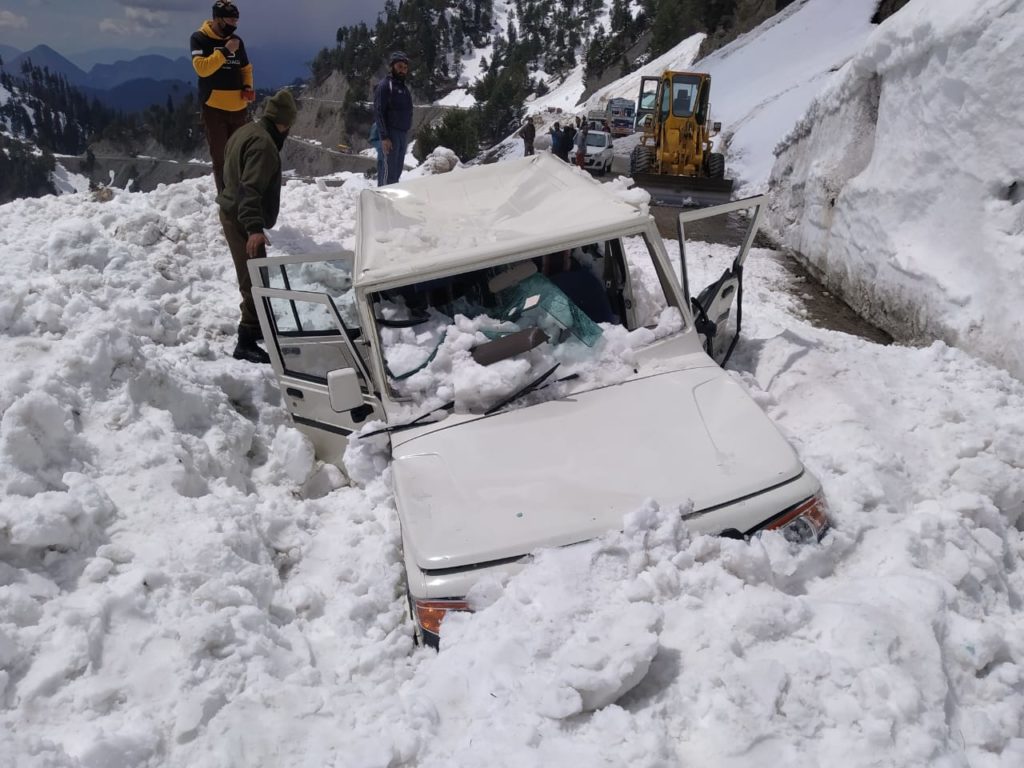 Srinagar: A Sub-Divisional Magistrate Karnah along with his driver and PSO had a narrow escape on Tuesday after the vehicle they were travelling in came under a snow avalanche near Sadnatop in snowbound Tanghdar area of north Kashmir’s Kupwara district.

They said soon after the vehicle came under the snow mass, army and police launched a rescue operation, safely rescuing the SDM Karnah Bilal Mohudin Bhat, his driver and PSO.

The vehicle was on way to Kupwara from Karnah when it came under the snow avalanche. (GNS)