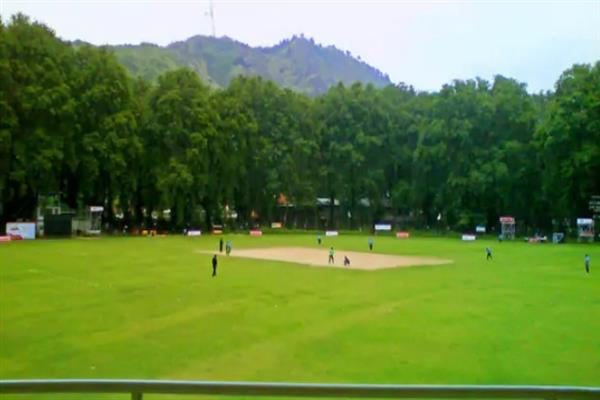 Srinagar: Three years after the repair work started, authorities are yet to complete the construction at Bakshi Stadium, forcing shifting of Independence-Day celebrations function to Sher-e-Kashmir Cricket Stadium in Sonwar.

In 2017, the Union Sports Ministry entrusted the National Projects Construction Corporation for repair work of the Stadium. However, so far little work has been completed.

As per the government document for the security plan of the function, the authorities have directed the district development commissioners to thoroughly address the security aspect of the event.

“Instructions shall be issued by the deputy commissioners envisaging therein participation of the government employees in the function. All the public representatives, mayor, deputy mayor, corporators, councillors, sarpanches, and panches be invited for the function,” the document reads.

The district development commissioners have affirmed participation of government employees, civil population in the said function, it reads.

The government has directed the officials to make requisite arrangements for the event with zeal and vigour.

Authorities have directed police and civil administration officials to maintain close coordination and take initiatives to make the function successful. “Police department and other security agencies will make adequate and fool proof security arrangements in and around the venue. The police department will prepare a comprehensive security plan well in advance for the purpose,” the document reads.

Since 2017, the government authorities have been celebrating January 26 and August 15 celebrations at Sher-e-Kashmir Cricket Stadium Sonwar instead the traditional venue at Bakhsi Stadium.

Senior Superintendent of Police, Security, has been directed to make arrangements for installation of bullet proof transparent kiosk for the VIP along with podium.