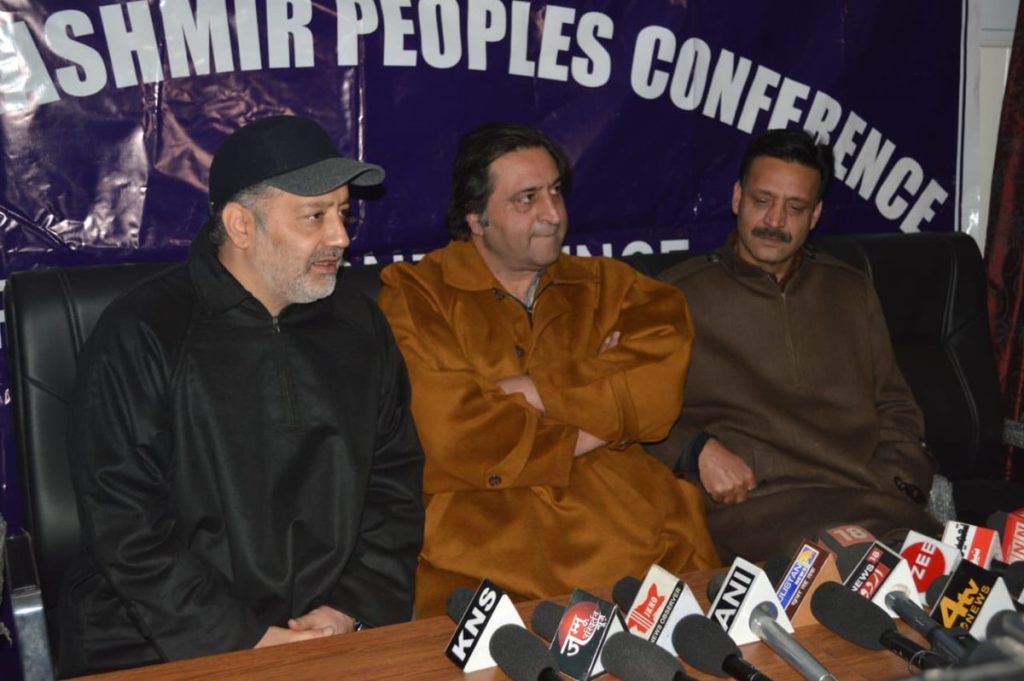 Srinagar: Peoples Conference (PC) Political Affairs Committee met today under the Chairmanship of Sajad Gani Lone to discuss and deliberate on party’s future strategy in wake of the recent political developments suggesting a threat to the special identity of the people of Jammu & Kashmir.

While the party stressed that there is as yet no clear evidence, it underscored the need to not be off guard. The PAC was unanimous and unambiguous in its assertion that special provisions are irreversible and sacred for the people of Kashmir.

The Party made an appeal to all those parties who believe in the defence of these special provisions to refrain from making attacks against each other at least for the duration when present political conditions are mired in suspense.

“Politics gives us enough opportunities to attack each other and there is enough ammunition with all of us to use against each other. There is no approaching expiry date for any such ammunition that we might have against each other. We have come across a few statements from our rival parties targeting leadership of Peoples Conference. While the temptation of getting back is always very high, we restrained ourselves and refrained from going into war of words at this crucial juncture. These are rather tumultuous times and we have directed all leaders to refrain from sniping at each other. PC will contribute to any sincere collective effort aimed at unifying and amplifying the voices raised in defence of the special status of J&K,” party spokesman stated