US puts Hezbollah lawmakers on sanctions blacklist for first time

Washington: The US Treasury placed two Hezbollah members of Lebanon’s parliament on its sanctions blacklist on Tuesday — the first time Washington has taken aim at the Iran-allied group’s elected politicians.

Stepping up its effort to build global pressure on the powerful Lebanese Shiite movement, the Treasury named MPs Amin Sherri and Muhammad Hasan Raad to a terror-related blacklist, saying that Hezbollah uses its parliamentary power to advance violent activities.

Also placed on the blacklist was Wafiq Safa, a top Hezbollah official close to the movement’s Secretary General Hassan Nasrallah.

US Secretary of State Mike Pompeo said the US targeted three officials “who leverage their positions to facilitate Hezbollah and the Iranian regime’s malign efforts to undermine Lebanese sovereignty.”

“Any distinction between Hezbollah’s political and military wings is artificial,” he said.

“We call on our allies and partners to designate Hezbollah in its entirety as a terrorist organization.”

Pompeo tied the action to the US “maximum pressure” campaign against Iran and its “proxies” in the Middle East, including Hezbollah, which Washington has officially designated a “terrorist group.” 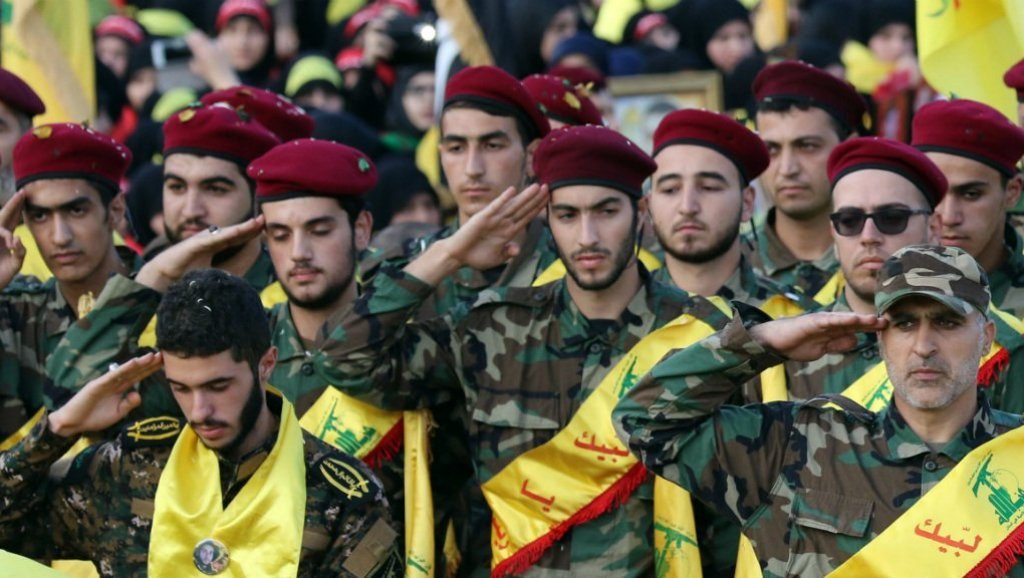 A senior administration official who insisted on anonymity Tuesday would not confirm any plan to blacklist Zarif, who was crucial in achieving the landmark 2015 nuclear deal.

“We are obviously exploring… various avenues for additional sanctions on Tehran. Obviously Foreign Minister Zarif is a figure of key interest,” she said.

It is the first time the US Treasury has placed Hezbollah lawmakers on its blacklist, which forbids US individuals and businesses with a US branch — including leading international banks — from doing business with those sanctioned.

With the electoral backing of many Lebanese Shiites, Hezbollah won 13 seats out of 128 in the May 6, 2018 general election.

It joined a coalition government formed on January 31, gaining control of three ministries.

But Washington says it will not regard the group’s political and military activities as separate from one another.

“It is time, we believe, for other nations around the world to recognize that there is no distinction between Hezbollah’s political and military wing,” the senior US administration official said.

“To any member of Hezbollah considering running for office, know that you will not be able to hide beneath the cover of political office,” she said.

Sherri, 62, is a 17-year Hezbollah veteran of parliament representing Beirut.

Safa, the Treasury said, maintains the group’s ties to financiers and allegedly helps arrange the smuggling of weapons and drugs.

The newest sanctions brought to 50 the number of Hezbollah individuals and entities blacklisted by the Treasury since 2017.

They have included bankers and businessmen that Washington says are deeply involved in Hezbollah business activities around the world, allegedly including narcotics trafficking and gun-running.

The sanctions have aimed particularly at companies and individuals who help the group move money throughout the Middle East.

Hezbollah lawmaker Ali Fayyad told Lebanon’s MTV news channel that the new sanctions Tuesday were “a humiliation for the Lebanese people,” and called on parliament and the government to issue a formal condemnation.

Lebanese Finance Minister Ali Hasan Khalil meanwhile tweeted that the US sanctions were “unjustified” and “concern all of the Lebanese even if they are directed at Hezbollah.” Pompeo said the US pressure on Iran and Hezbollah was having an effect on the Lebanese group’s operations.

“As a result, this designated terrorist organization has been forced to take unprecedented austerity measures. For example, in March 2019, for the first time ever, Hezbollah’s leader Hassan Nasrallah made a public appeal for financial support.” (Agencies)