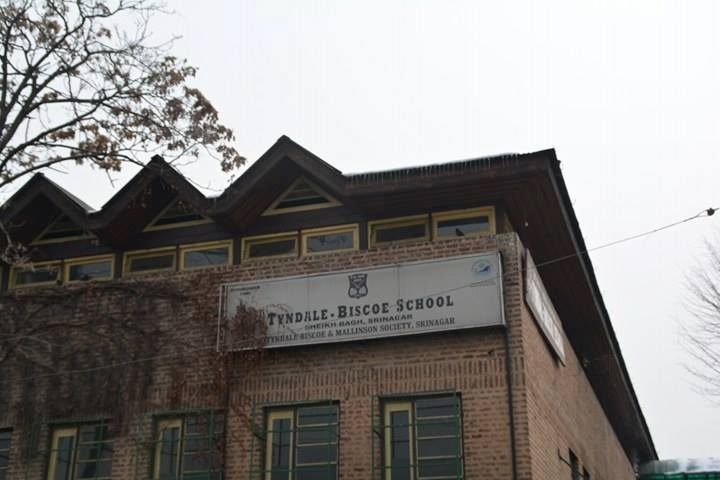 Srinagar: The Jammu and Kashmir Crime branch has started probe into the serious corruption and bungling charges faced by the Tyndale Biscoe School and Mallinson Society.

In its report submitted to the court of Chief Judicial Magistrate (CJM), the Crime branch has stated that the department has received the complain of mismanagement and misappropriation of funds by the complainant in which he has stated that these educational institutes have been turned “into their (accused) personal business enterprise and to illegally transferring the society assets to their own kiths and kins etc.

“Accordinging Misc-Pv was initiated and probe started,” the crime branch has stated in a report of which a copy lies with The Kashmir Press.

The Crime branch stated that during the course of probe, an official communication was made vide letter number CBK/AIM/Misc/214-18/21464 with principal Tyndale Biscoe school and Mallinson Society Sheikh Bagh Srinagar, seeking information in the light of allegations leveled against them.

“During probe, a communication number Ref Admn/TBMS/CB-01 was received from administrator Tyndale Biscoe and Mallinson School Society Sheikh Bagh Srinagar along with the related enclosed documents”.

The crime branch report stated that the documents provided by the school administrator pertaining to Tyandle Biscoe Mallinson School of Srinagar, as well as documents pertaining Tyndale Biscoe School at Tangmarg are to be ascertained that whether the provided document are genuine and will corroborate the factual position.

“The statement of the material, witnesses other witnesses is yet to be recorded. Moreover the detailed documental and ground position is yet to be collected,” the report stated.

The report stated that during the probe, the complainant was also called on 23-03-2019 and his statement was recorded.

“The statement corroborated with the contents of the complaint. The complainant during the recording of the statement provided some related documents in shape of Photostat pertaining to the inquiry. The authenticity/genuineness of the documents are yet to be ascertained from concerned quarters,” the report stated.

“The probe is going on”.

The Kashmir Press has already reported that a Srinagar court has instructed Crime branch Srinagar to start a ‘fresh probe’ into a complaint which claims that Tyndale Biscoe, Mallinson school Principals, and other administrative officials, have resorted to massive corruption and embezzlement.

The directions had come after former Estates Supervisor of Tyndale-Biscoe and Mallinson society, Rajan Sandhu along with member of Saints Paul Church, Isaac Samuel, approached the CJM Srinagar with complaint to probe the cases of “corruption and misappropriation” in the school.

On March 22, the court ordered the Senior Superintendent of Police (SSP) Crime Branch to submit a fresh report by March 30, 2019 in light of the application made by the complainants on December 28, 2018 in the CJM.