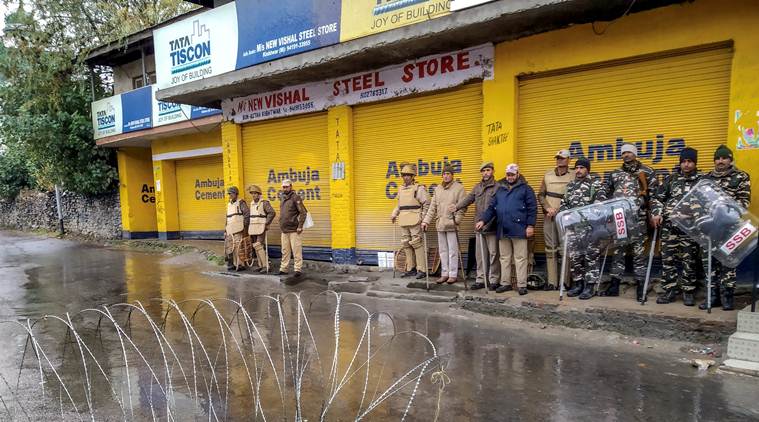 Jammu: Curfew has been relaxed for three hours in Kishtwar district of Jammu and Kashmir while mobile internet services was also restored after remaining suspended for the past six days following improvement in the overall law and order situation, an official said.

The curfew was imposed in the town and adjoining areas on last Tuesday following the killing of senior RSS leader Chanderkant Sharma and his security guard inside a health centre.

“The situation is fast limping back to normalcy. The mobile internet services were restored, while the curfew was relaxed from 12 noon to 1500 hours for the first time in the entire town,” he added.

Rush was witnessed in the main markets during the relaxation period, which passed off peacefully, he said.

“We are monitoring the situation and are planning to relax curfew further,” the official said, adding that the situation is under control.

The army continued to remain deployed and is assisting Central Reserve Police Force and police to maintain law and order, official said.

The mobile internet services were also restored in Doda and Ramban districts on Friday night.

Police had picked up several over ground workers (OGWs) for interrogation in connection with the killing of Sharma and his PSO while a massive hunt is on to nab the culprits while a car used in the attack has also been seized and released a picture of its owner, Zahid Hussain, who had been absconding since the day of the attack.

Kishtwar, which is part of the Udhampur-Kathua Lok Sabha constituency, goes to polls in the second phase of elections on April 18.