Ordeal of the last member of 12-man ‘Burhan group’ 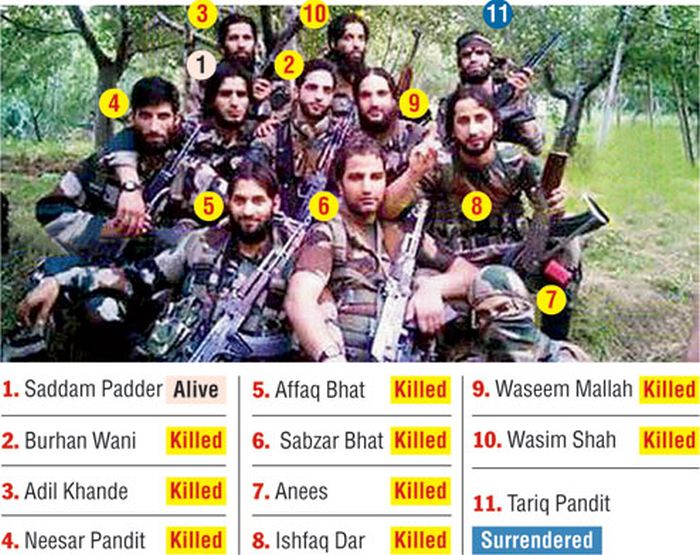 Padder, 32, a resident of Heff Sheermal village of south Kashmir’s Shopian district, started participating in pro-freedom politics a decade ago. He would often participate in the pro-freedom protests which would land him in jails.

The militant commander would be often arrested and re-arrested for taking part in the protests and stone pelting by the police, sources said, adding, he would be often charged with cases related to law and order disruption

Son of a timber merchant, Padder dropped out from the school in class 12 and became part of the Lashkar-eToiba militant outfit in September 2014.

The slain militant then joined Hizbul-Mujahideen outfit and became a member of a group famously known as “Burhan group” in the year 2015.

Padder was one of the 12 boys posing in a famous group picture featuring Hizb militants including the slain commander of Hizbul Mujahideen, Burhan Wani, who was killed in 2016. The picture became so famous that all those featuring in the group were termed as “Burhan group”.

He was the only survivor among the Burhan group. The two other militants of the same group- Tariq Pandit and Zakir Musa- had broken off and took different path.

Pandit surrendered before the government forces while Zakir Musa, left the Hizb and formed Ansar-ul-Gazwat-ul-Hind.

They further claim that he was among the few militants who willingly took gun against the Indian state when the militancy was at its lowest ebb.

“They aren’t a very well-trained set, or even ideologically indoctrinated; they see themselves in the image of guerrilla heroes. The key thing common to them is that they are prepared to kill and die,” a police official told the Telegraph newspaper in reference to the new age militants in Kashmir which included Padder, Burhan Wani and Sabzar Bhat- all of them dead now.

Padder came to more prominence when Zakir Bhat alias Zakir Bhat left the Hizb. He was then tipped to become the new commander and Cheif of the Hizb outfit.

However, Zakir was replaced by the present commander Riyaz Naikoo.

Padder was regarded as “sharp minded” and hardened militant and close confidante of Burhan Wani.

Not only that, he was good “tactician,” police officials said. “He broke the cordon several times when it was obvious he would be caught”. 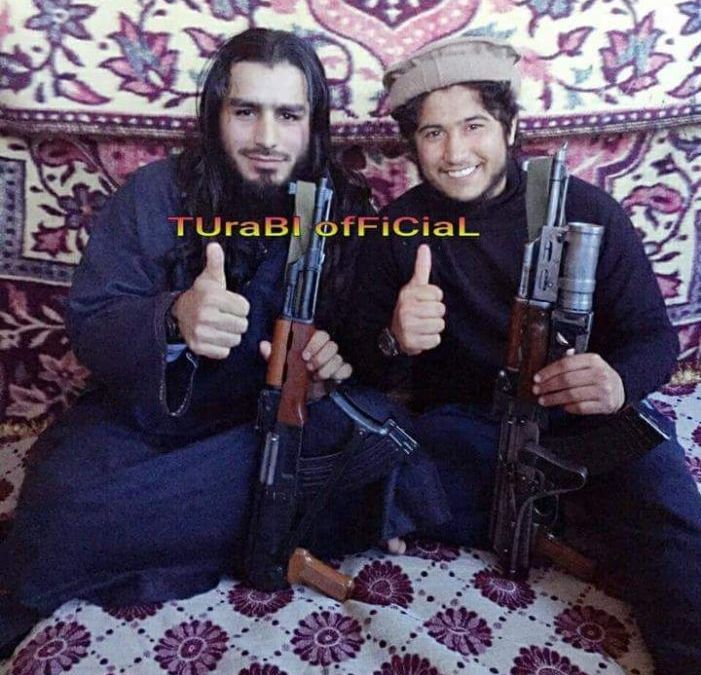 The police officials claim that Padder played a prominent role in many attacks in South Kashmir. His name figured in the jail break incident as well where it was reported that he played a key role in freeing Lashkar militant commander Naveed Jutt from the police custody.

After Jutt fled from the police custody in Srinagar hospital where he was brought for the medical check-up from Srinagar jail, his first appearance came in the form of picture on social media featuring him and Padder.

“He was the last surviving militant of the Burhan group,” police officials said. “But, he will not be the last militant to get killed. There is a need to adopt a different approach to deal with militancy. This war is unwinnable for both sides”.