Amid high alert, multi-level security cover in place across J&K for R-Day 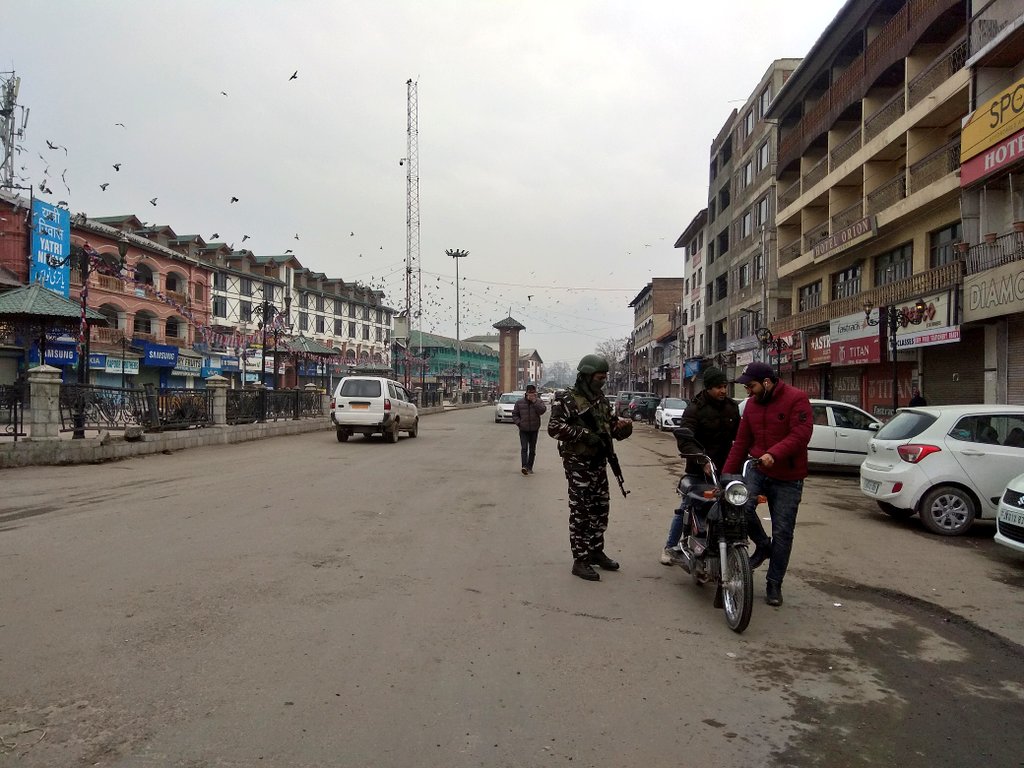 Srinagar, Jan 25: Amid high alert, a multi-level security cover that entails special security measures is in place across Jammu and Kashmir the smooth conduct of Republic Day functions in the Union Territory tomorrow.

Officials said  that since high alert has already been sounded across J&K, some extra security measures have been taken to ensure peaceful conduct of Republic Day that will be followed by the Bharat Jodo Yatra, which is scheduled to enter Srinagar on Jan 30. “All security agencies are maintaining highest level of alert to foil all bids by the enemies aimed at possible disruption of Republic Day,” a senior police official said, wishing not to be named.

He said apart from the aerial surveillance in the twin cities of Jammu and Srinagar, night patrolling, extra deployment of security forces personnel on highways and sensitive areas, strict Close Circuit Television (CCTV) vigil and Mobile Vehicle patrolling is taking place round the clock on certain roads.

The main Republic Day function will take place in Jammu where Lieutenant Governor Manoj Sinha will unfurl the tri-colour and take salute of the parade. In Srinagar, LG’s advisor RR Bhatnagar will take the salute of the parade and also hoist the tri-colour. Sources said that both the venues have been sealed and handed over to the security forces. In Srinagar, Divisional Commissioner P K Pole inspected the preparations during full-dress rehearsal on Tuesday.

At districts headquarters across the UT, elaborate security arrangements have been made for the smooth passage of the Republic Day function. A senior police officer said that they are ready to deal with all the challenges and they are hopeful that the day will pass peacefully across Kashmir.

In Jammu, security measures are more stringent this time around in the wake of killings in Rajouri district and two back to back mysterious blasts in Jammu’s Narwal recently that left nine people injured. Talking to reporters in Pulwama, Deputy Inspector General (DIG) of CRPF (Operations), South Kashmir, Alok Avasthi said that the force is fully alert to ensure peaceful R-Day and BJY.

“We are always alert. If there are intelligence inputs of any element trying to disrupt peace, we will act swiftly against such elements”, he said. He said that the force is ready to facilitate BJY. “Whosoever travels on the highway will feel and secure. All measures are in place for facilitate BJY,” he said—kno