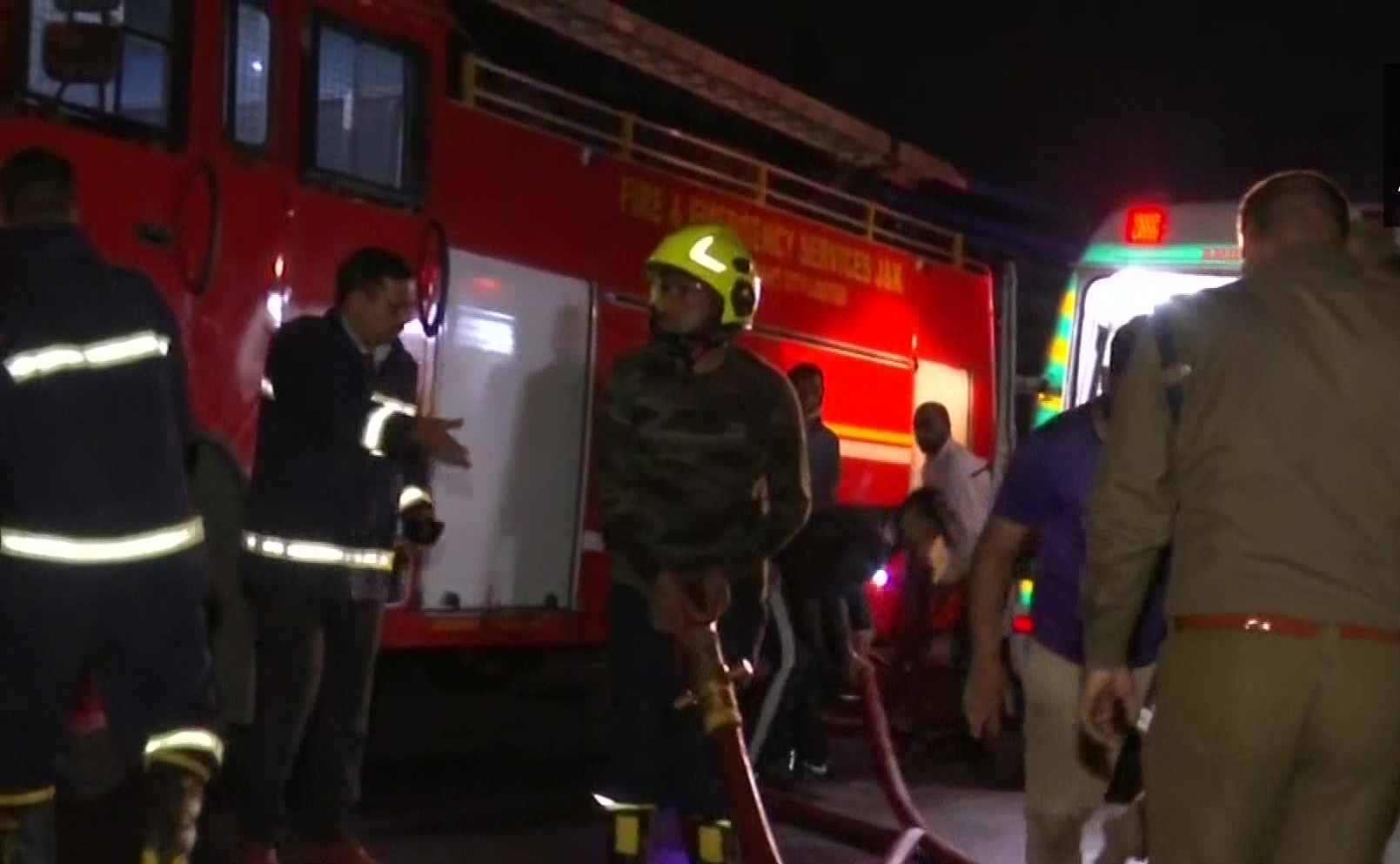 Kupwara, Nov 13: At least eight shops were damaged in a massive fire on intervening Saturday and Sunday night at Shatpora in Haihama area of North Kashmir’s Kupwara district.

Reports said that a fire broke out of a shop in a shopping compartment at around 3 AM, and soon after engulfed several other enjoining shops.

A rescue operation was launched by locals which was subsequently joined by Fire and Emergency department to contain the flames. However there was damage caused to at least seven shops, four of which were of bakery and three empty.

A Fire & Emergency Department official said that soon after receiving information, they moved two fire tenders to the site to douse off the flames.

“There was no injury caused to any person in the incident”, the official said adding the cause of fire was being ascertained.