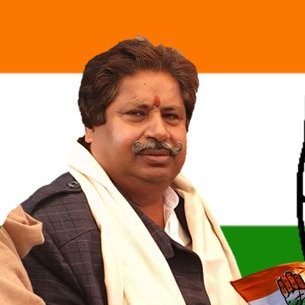 Jammu, Aug 27: A day after the resignation of former Jammu Kashmir Chief Minister Ghulam Nabi Azad from Congress party, party’s Jammu and Kashmir unit has launched a scathing counter-attack and accused Azad of being in cahoots with the BJP.

Addressing a press conference at party headquarters, JKPCC Working President Raman Bhalla along with other senior leaders said that party is shocked wit reason and timing of resignation of Ghulam Nabi Azad from the Congress party.

“It was most unfortunate and most regrettable that this has happened when Congress president Sonia Gandhi, Rahul Gandhi and the entire organization across the country is engaged in confronting, combating and fighting the BJP on public issues of price rise, unemployment and polarization,” Bhalla said.

He further said that Congress will not be affected with the absence of Azad but the leaders leaving will regret.

“Congress party is like a sea and leaders may come and go but it remains undisturbed.  If any leader leaves the party, it may harm it temporarily but in the long run, the particular leader has to repent,” Bhalla said.

Bhalla further said that Rahul Gandhi as president is the choice of majority of Congress workers across the country.

“Rahul Gandhi is the future of the Congress party as well as the country. He is an honest and clear hearted leader and is well capable to lead the party from the front. Majority of leaders of JKPCC stand with Rahul Gandhi like a rock and  also request him to accept  the demand of thousands  of  congress workers to be president of All India Congress Committee,” he said.