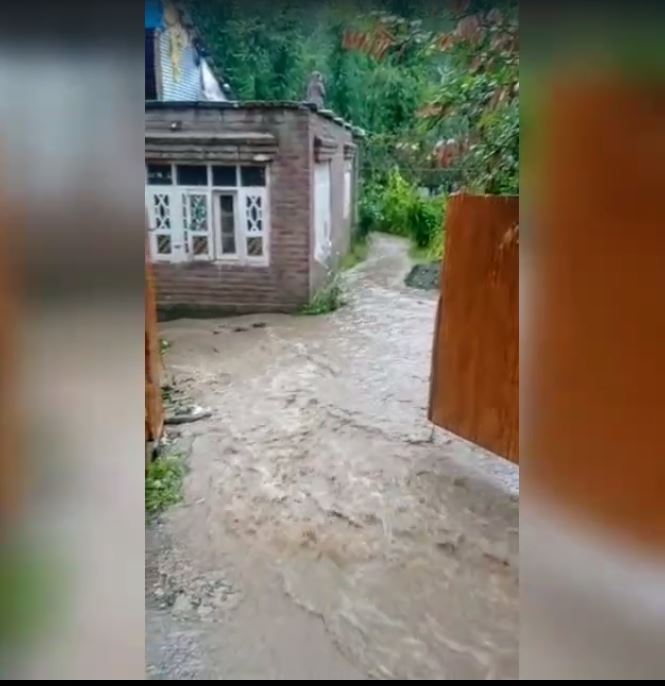 Kulgam, Aug 27: At least 150 people were rescued and shifted to safer places while around 30 houses suffered damage after a cloudburst occurred in the upper reaches of Tangmarg area of Damhal Hanjipora in South Kashmir’s Kulgam district on Saturday.

Sub Divisional Magistrate (SDM) Noorabad, Bashir-Ul-Hassan said a cloudburst occurred in the upper reaches of Tangmarg, a far-flung village of the district.

He said that soon after the cloudburst occurred, a team was rushed to the spot; however, no loss of life was reported in the incident.

Meanwhile, a local said that there was a sudden increase in the discharge of muddy water, which later entered into the houses and schools besides orchards in the villages, located downhill.

He said the increase in muddy waters created panic among the people of Check-i-Watoo and Asnoor villages.

Meanwhile, Assistant Commissioner Development (ACD) Kulgam, Mohammad Imran Khan said that around 150 people have been shifted to safer places and around 30 houses and orchards suffered damage due to the cloudburst.

He said that soon after the incident, all assistance work was started and “we have provided a little relief to affected families while as more steps are being taken in this regard”.kno