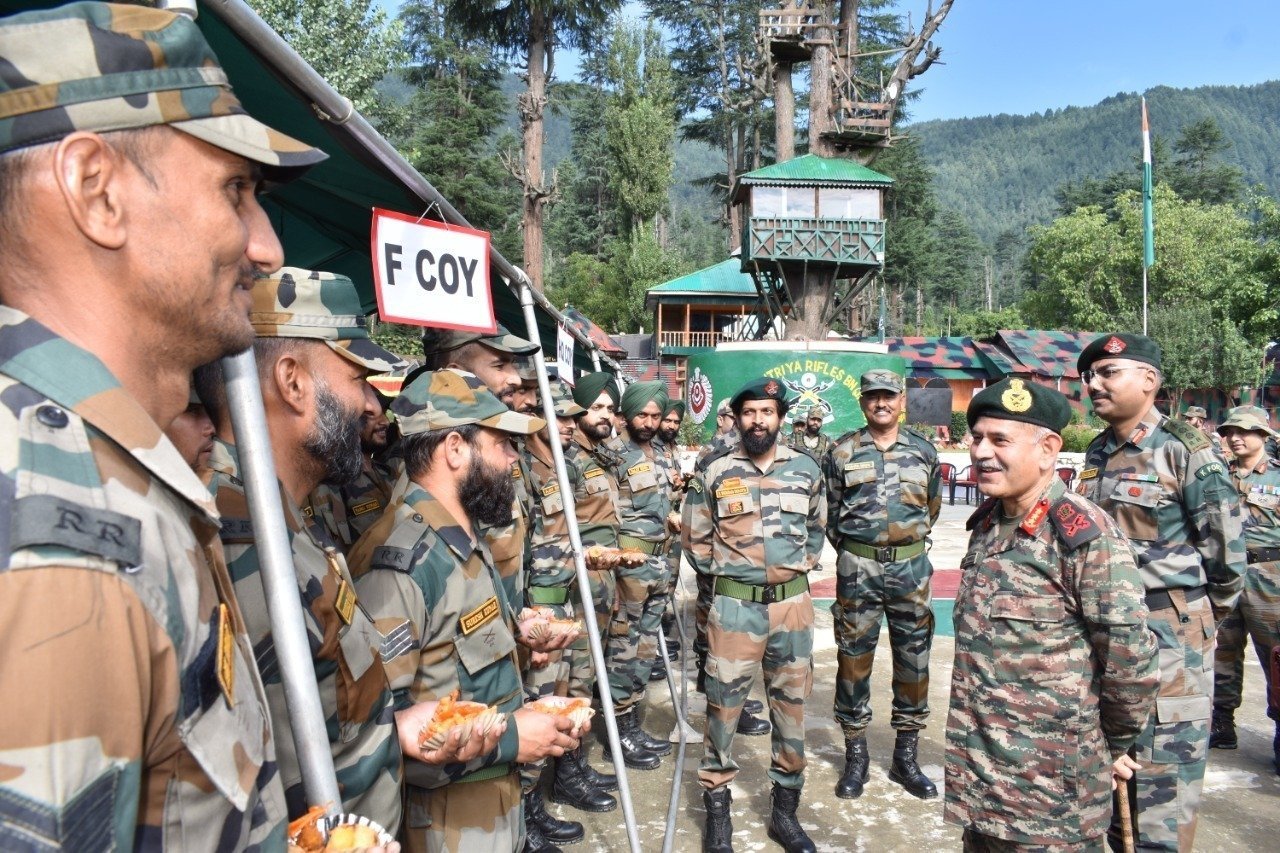 The Army Commander accompanied by the Chinar Corps Commander,

Lt Gen ADS Aujla visited various locations and formations in forward areas along the Line of Control. He was briefed on the prevalent security situation and measures instituted to counter “adversaries’ design” and development works being undertaken by Indian Army, according to army statement.

He lauded the strong counter infiltration grid along the Line of Control. He also appreciated the strict control exercised by the formation to abide by the Cease fire understanding.

Amid the ongoing nationwide celebrations of “Azaadi Ka Amrit Mahotsav, a 72 ft high Monumental Tricolour was hoisted by the people of Keran along the LoC, in the presence of Lt Gen Upendra Dwivedi, GOC-IN-C Northern Army Command and Lt Gen ADS Aujla, GOC Chinar Corps.”

“The defining moment was possible due to the persistent efforts of Flag Foundation of India, passion of the local population and support of the Indian Army,” army said in a statement, adding, “The Flag Mast has been installed in the pristine surroundings of Keran village, on the banks of Kishan Ganga river along the Line of Control. On the occasion, a cultural programme was also organised by the school children, which charged the atmosphere with a spirit of patriotism.”

The Rashtriya Salute by the Ceremonial Guards of Indian Army, BSF and J&K Police was a befitting display of conjoined effort of security forces in Kashmir to reach out to the farthest village along the Line of Control. The Army Commander appreciated the efforts of all involved in installation of the National Flag.

During the day, the Army Commander interacted and felicitated five civilians at HQ 15 Corps for the efforts undertaken by them in “promoting peace, happiness and empowerment initiatives through various endeavours.”
The persons include Mehraj Khurshid Malik from Kulgam and now settled in Srinagar, Arshid Rasool from Srinagar, Jameela Begum from Babagund, Poshpora, Kupwara, Sahil Muzaffar from Sopore and Mir Mehak Farooq from Kulgam. He also interacted with Sarpanch, Kunan Poshpora and volunteers of JSS, Kunan Poshpora.

Later in the day, the Army Commander interacted with Police and civil functionaries. He appreciated the “rapid steps that are being taken by all agencies for sustainable peace and development of Kashmir.” He lauded the synergy between all elements of security Forces and Civil Administration staff, the statement added.