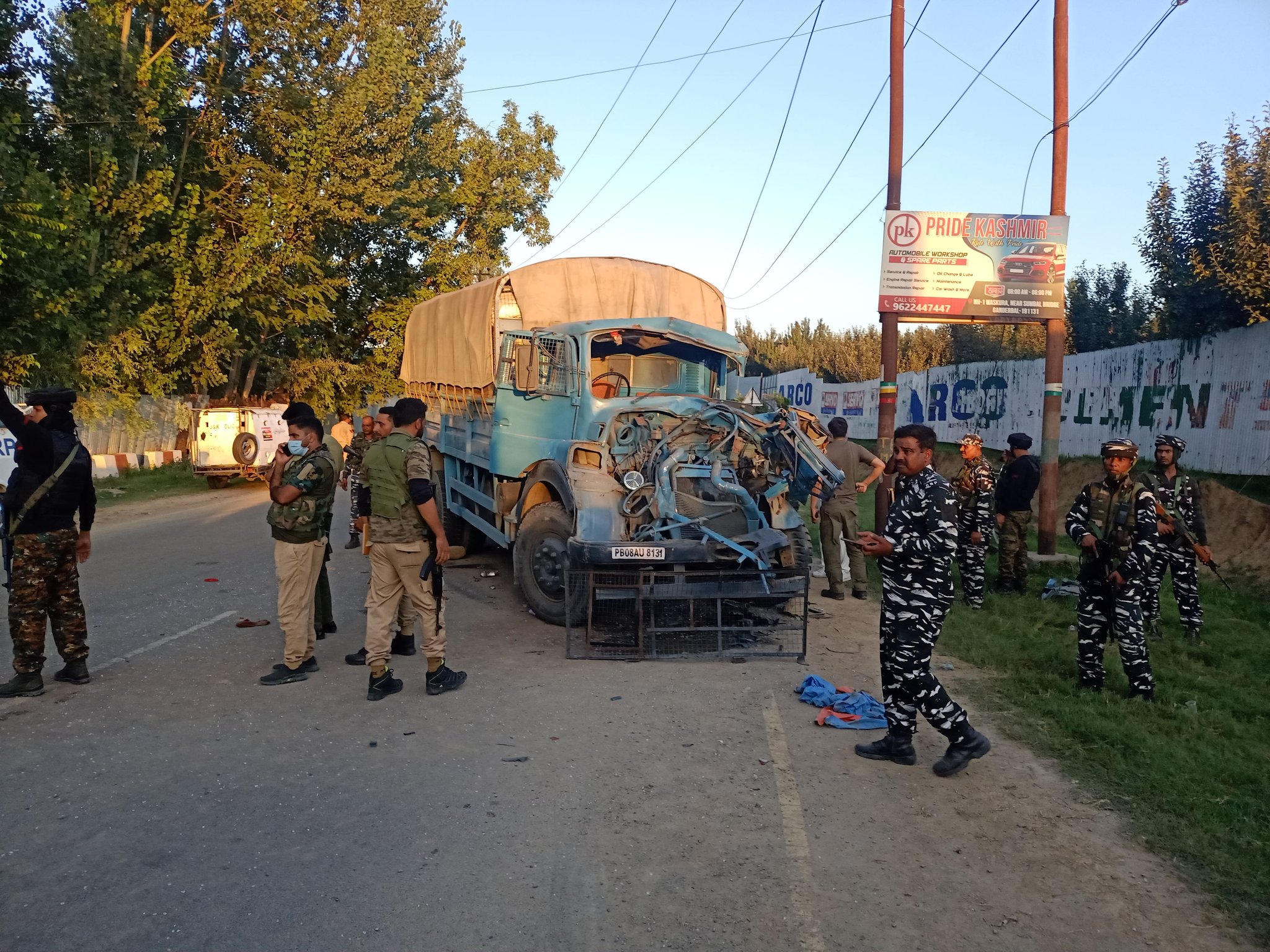 They  said that two CRPF vehicles collided with each other in Waskura area, resulting in injuries to six paramilitary personnel. The injured personnel were removed to JVC Srinagar for treatment, where two of them are said to be critical, the sources said.

A police official said that a team is on the site to collect details regarding the accident. gns