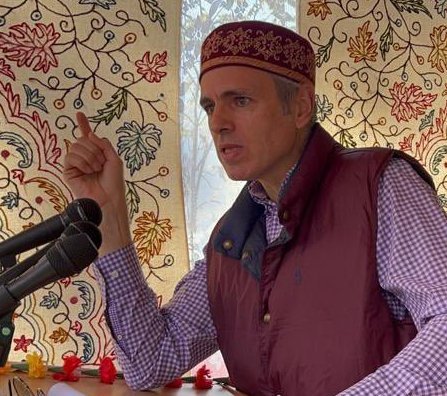 Srinagar, July 28 : National Conference (NC) vice-president and former Jammu and Kashmir Chief Minister Omar Abdullah on Thursday said that no one should object to hoisting the tricolor but no one should be forced as well.

Talking to reporters he said that “No one should object to hoisting the tricolour at their home because it is the flag of the country.

“I don’t think anyone should object to it but no one should be forced to hoist the tricolor either,” Omar Abdullah said in reply to a query about the “Har Ghar Tiranga” Campaign.

He has further said that money is being collected from the students and teachers for tiranga which needs to be considered.

Noteworthy, “Har Ghar Tiranga” campaign is a part of the Azadi Ka Amrit Mahotsav initiative started by the Government of India to encourage people to bring home the Tiranga and hoist it to celebrate the 75th year of India’s Independence. kns