Eid prayers to be offered at Eidgah at 9AM: Anjuman Auqaf Jama Masjid Sgr 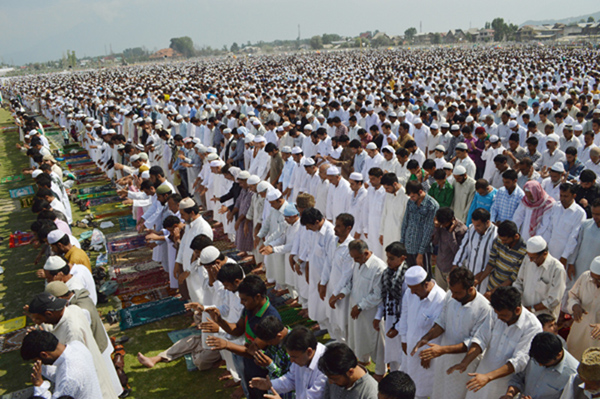 Srinagar, Jul 06: Anjuman Auqaf Jama Masjid Srinagar has announced that as per the Islamic tradition, Eid-ul-Adha prayers would be offered at the historic Eidgah in Srinagar at 9Am.

In case of rain or bad weather, the Eid prayers will be offered at the Central Jama Masjid Srinagar, the Anjuman Auqaf said in a statement, adding that the timing for the prayers will remain the same.

The Anjuman has urged the people to participate in the congregation prayers to express unity among the ummah and maintain discipline. The people have been urged to bring prayer mats (Jai Namaz) along with them.

In this regard, Anjuman Auqaf has asked the concerned administration to fulfill their respective responsibilities for providing facilities to the worshipers at the Eidgah.

In view of Eid-ul-Adha and the holy days of Qurbani, Anjuman Auqaf once again asks the authorities to release Mirwaiz-e-Kashmir Dr Moulvi Muhammad Umar Farooq, who continues to be under arbitrary house arrest for the last three years, since August 2019 , causing anguish to people and keeping him away from his religious dawa work.