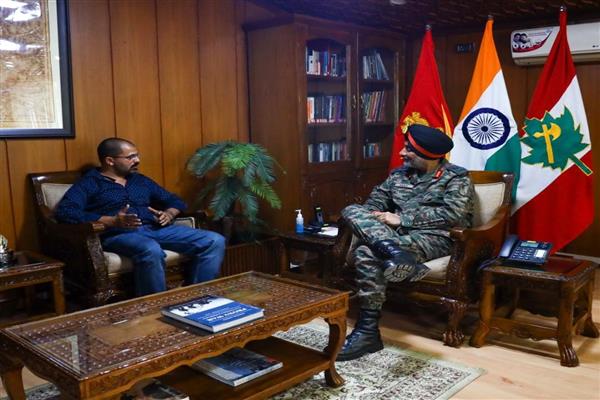 According to a statement,  Baba, during an hour long discussion with the senior Army Commander discussed various initiatives that could further strengthen peace and development in the region.

He also discussed various projects and proposals seeking more and more involvement of youth in the peace process so that the nefarious and ill designs of enemy country which is hell bent on destabilizing the region can be defeated well in time.

“Peace efforts of the Army deserve an applaud as they have been on the fore front of eliminating terrorism from Jammu and Kashmir and also simultaneously engaging the youth so that they can further the nationalistic agenda across the UT,” Baba told the Army General.

He also praised their efforts in establishing a firm contact with the general population and involving them in the nation building process.

“We look forward to see better co-ordination and collaboration between the people and the Army so that peace can be fully established across the UT,” Baba told the Army officer.

Baba added that Amardeep Singh Aujla carries with himself a vast experience and his appointment as GoC 15 Corps will prove to be a boon for the people in the region.