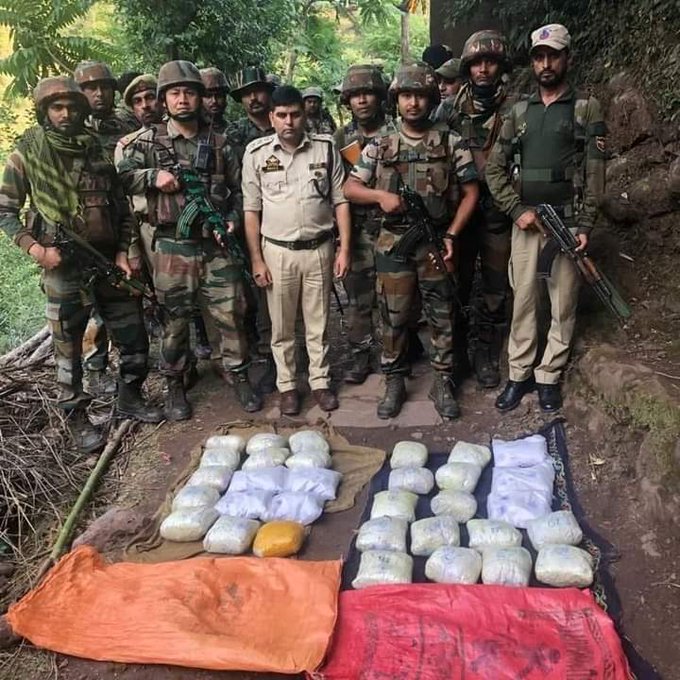 Poonch, May 28: The security forces claimed to have achieved a major success by recovering a huge consignment of narcotics in Poonch on Saturday.

In an official statement, Army said, “A joint operation by Indian Army and Jammu and Kashmir Police in Poonch LoC was going on from last three days. During this operation, the forces have recovered approximately 44 kilograms of narcotics near LoC, which was kept in the area.”

“Further searches in the area are going on,” Army said.kno