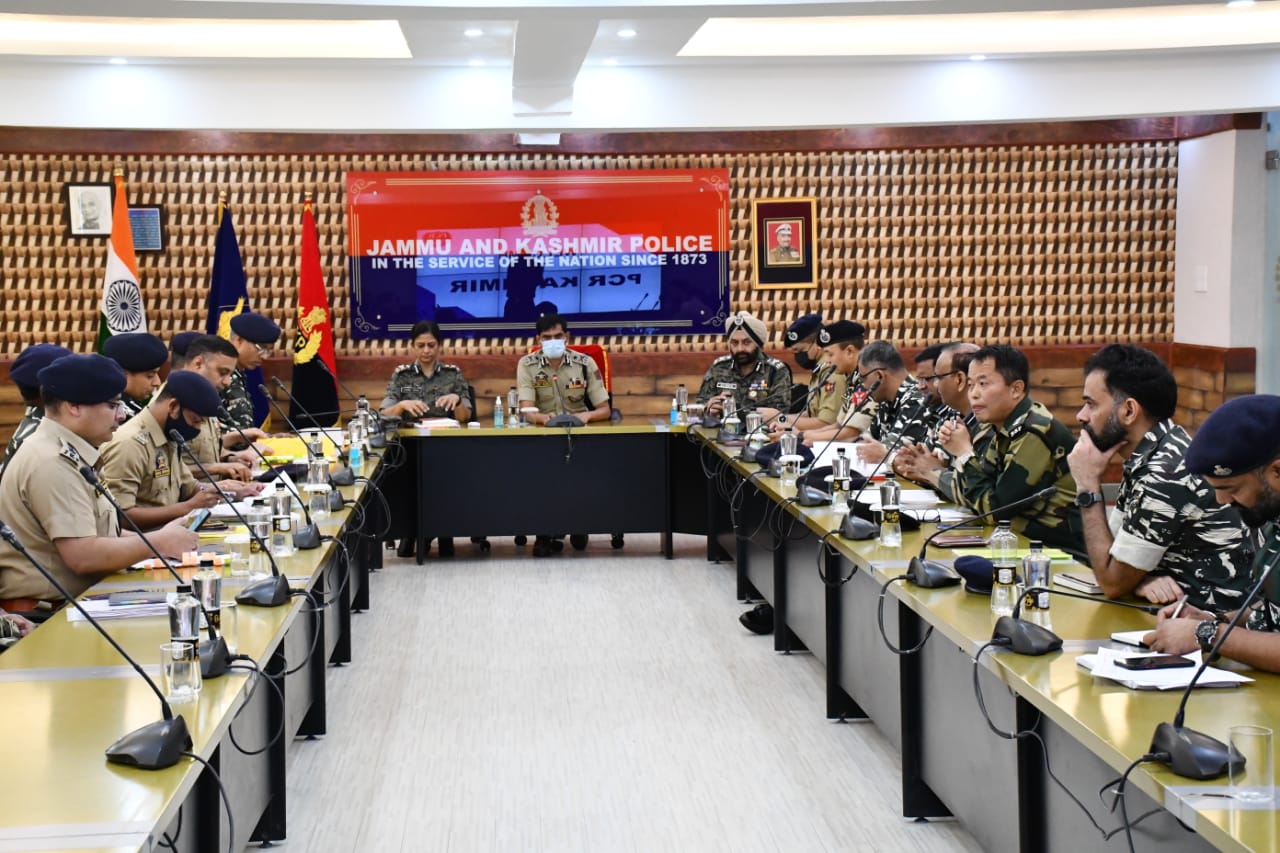 Srinagar, May 25: Inspector General of Police (IGP) Kashmir, Vijay Kumar Wednesday chaired a joint meeting with the officers of Police and security forces at PCR Kashmir in which threadbare discussions were made regarding overall security arrangements to be adopted for safe and smooth conduct of upcoming SANJY-2022.

At the onset of the meeting, IGP Kashmir was briefed by the officers through detailed presentations about the proposed security measures to be put in place for the upcoming Shri Amarnath Ji Yatra-2022, a statement reads.

The participating officers also shared their valuable inputs and suggestions for strengthening the security grid and providing fool proof security cover to Yatris during their forward & return journey.

Further, role and responsibilities of all the security agencies involved in making security related arrangements were also discussed in detail during the meeting.

Addressing the participants, the IGP Kashmir stressed on the need of adopting proactive and coordinated approach towards ensuring adequate arrangements for smooth and successful conduct of SANJY-2022.

The officers were directed to ensure better coordination & synergy among different security agencies working on ground and prepare the exhaustive security plan/arrangements as per the ground situation/requirement in their respective areas of responsibility for peaceful yatra.

He also directed the officers to make adequate use of modern technology for enhancing the security surveillance grid.

IGP Kashmir further directed to maintain strict surveillance over the anti-social/anti-national elements who are hell bent towards disrupting the peaceful atmosphere and create law and order problems for their vested interests.

He also directed the officers to carry out exercise and select strategic locations where drones can be used and CCTVs can be installed besides establishing round the clock nakas/cut-off points.

He further advised the officers to maintain highest level of alertness in view of the inputs received from different agencies so as to thwart the evil designs of militants to disrupt the Yatra.