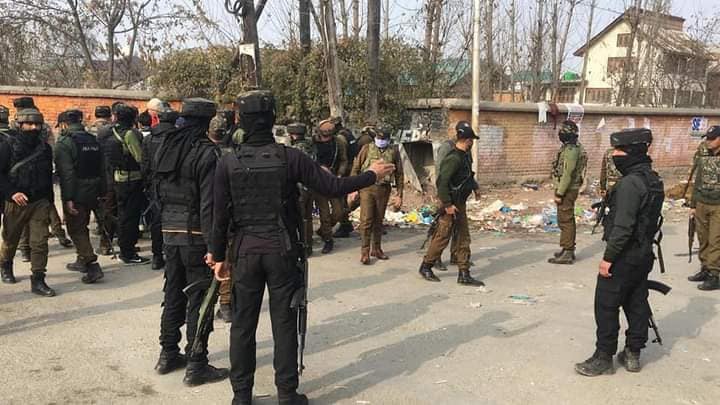 Srinagar, Mar 22: A policeman, part of ‘covert team’, was killed in a “brief shootout” with militants at Zoonimar area of Soura Srinagar, officials said.

“On a specific input regarding movement of (militants) in a vehicle around Soura area of Srinagar city, a covert team of Srinagar Police was following them. The (militants) boarding the vehicle however fired indiscriminately upon the said team,” a police spokesperson said, adding, “The fire was effectively retaliated, leading to a brief shootout, in which one (militant) got injured. However, they managed to escape from the spot taking the advantage of huge rush of commuters.”

In the shootout, he said senior grade constable Amir Hussain Lone of Kupwara got critically injured and was immediately evacuated to (SKIMS) hospital for treatment where he succumbed to his injuries.

He said police have registered a case in this regard under relevant sections of law. “Investigation is vigorously in progress.”

Talking to the reporters on the sidelines of wreath laying ceremony, IGP Kashmir said that the militants have been identified as LeT commander Basit and Rehan besides “another”. He also said that this group is involved in recent militant incident in Srinagar and Budgam. “the group will be tracked down and brought to justice soon,” he said, adding, “during the current month 11 hardcore (militants) have been neutralized and almost a dozen have been arrested.” gns