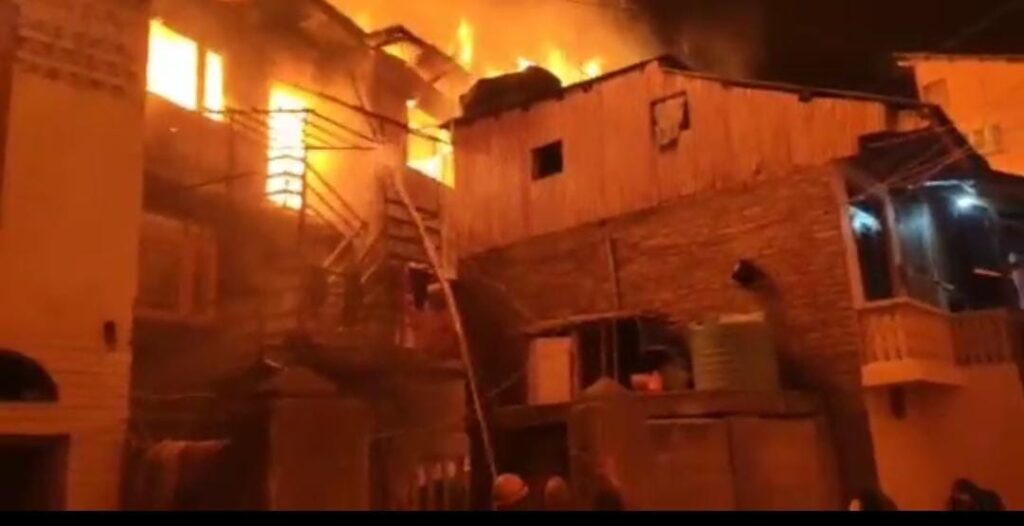 Srinagar, Mar 14: At least eight houses were gutted in a devastating fire in the Batamaloo area of Srinagar overnight, officials said on Monday.

In all, 24 families were residing in these houses while at least 10 firemen were injured, the officials told GNS. Some firefighters were beaten up also by locals as they demanded them to douse flames in their respective houses on priority.

A Fire and Emergency Department official said that as soon as getting the information about the fire late last night, the fire tenders were rushed to Sheikh Hamza Colony Batamaloo. Eight houses were gutted before the firemen brought the flames under control in the congested locality, the official said. “We made best efforts to contain the fire and prevent it from spreading to other structures as the locality is hugely congested,” the official said.

At least 10 firefighters were injured and three of them received higher degree of injuries, the official said. They have been identified as Mohammadd Ahsan Malla, Altaf Ahmad Rather and Akshay Sehgal. “Also people beat up a number of firemen as they pleaded and demanded firemen to douse off flames in their houses first,” the official added.

Officials said that most of the houses damaged in the blaze were three-storey structures and in all, 24 families living in them were affected. The cause of the fire was not immediately known. gns