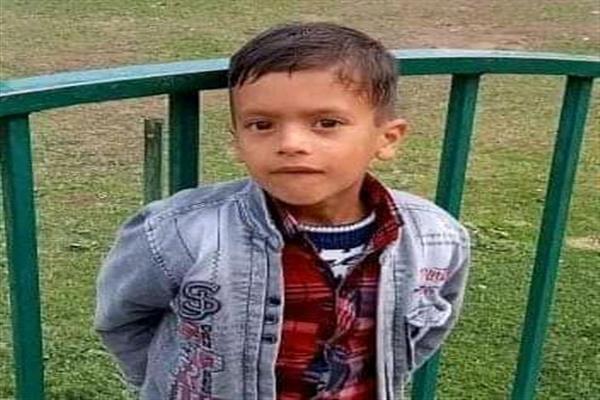 Kupwara, March 8: Police on Monday said that a 19-year-old neighbor along with his mother killed the 8-year-old boy whose body was found from the forests nearby his residence, three weeks after he suddenly went missing.

As per the family, the 8-year-old Talib Hussain son of Manzoor Ahmad Khan had disappeared moments after he left home on the fateful day on February 15.

“The mystery behind the sudden disappearance of the year-old-boy Talib Ahmad Khan has been solved by Police after his body was recovered on the disclosure of the accused from a nearby forest area of village Awoora of district Kupwara,” police said.

Since then, police had been on toes and had been relentlessly carrying out searches for the missing boy. “All water bodies, surrounding jungles and suspected places were searched by Police using drones and sniffing dogs but no clue could be struck,” police said, adding, “A large number of suspects were also put to sustained questioning during the last three weeks.”

After having explored all the possible angles and questioning of a large number of people in connection with the case , Police finally was able to zero in on the main suspect who after sustained questioning “confessed to the commission of crime and led to the recovery of the victim’s body,” SSP Kupwara Yougal Manhas told reporters.

Police and even some prominent members from the civil society had also announced reward for anyone who would help in tracing the innocent child. “The accused in the case has turned out to be the neighbour of the victim namely Aamir Ahmad Khan (19) son of Mohammad Amin Khan and his mother Shahnaza Begum (37),” the SSP said.

However reason behind the gruesome incident is still part of investigation, police said.