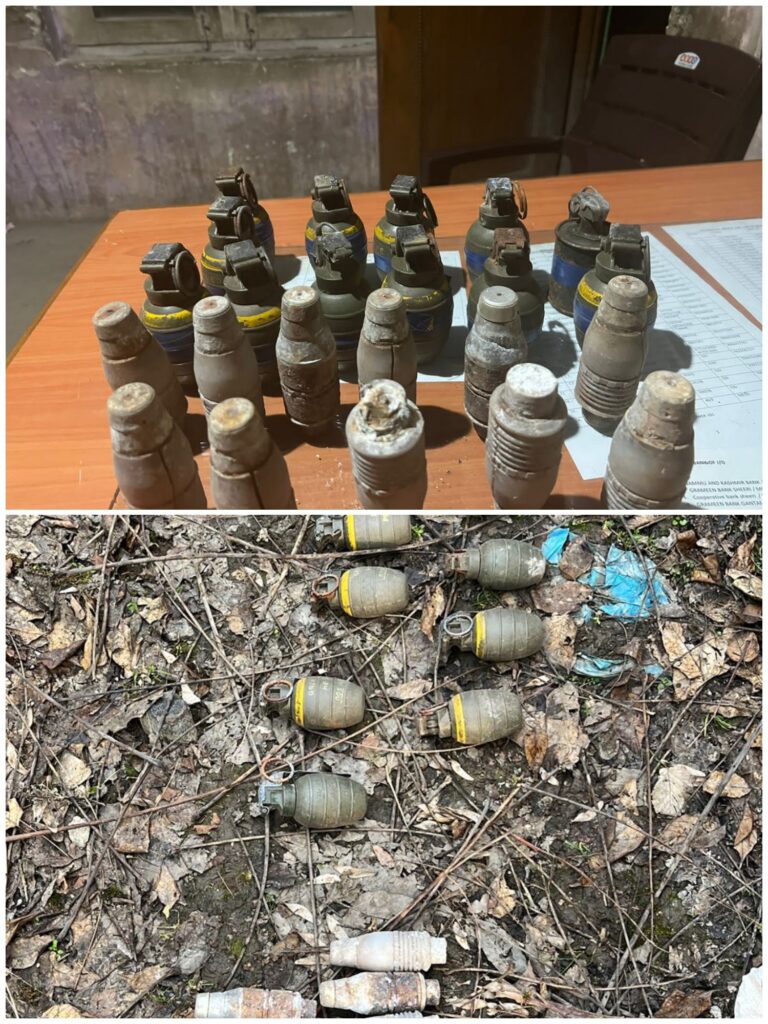 The police officer while giving details said that 11 hand Grenades 11 UBGL, a crude grenade and other explosive material was recovered.

Further details regarding this operation will be shared shortly, the officer added.