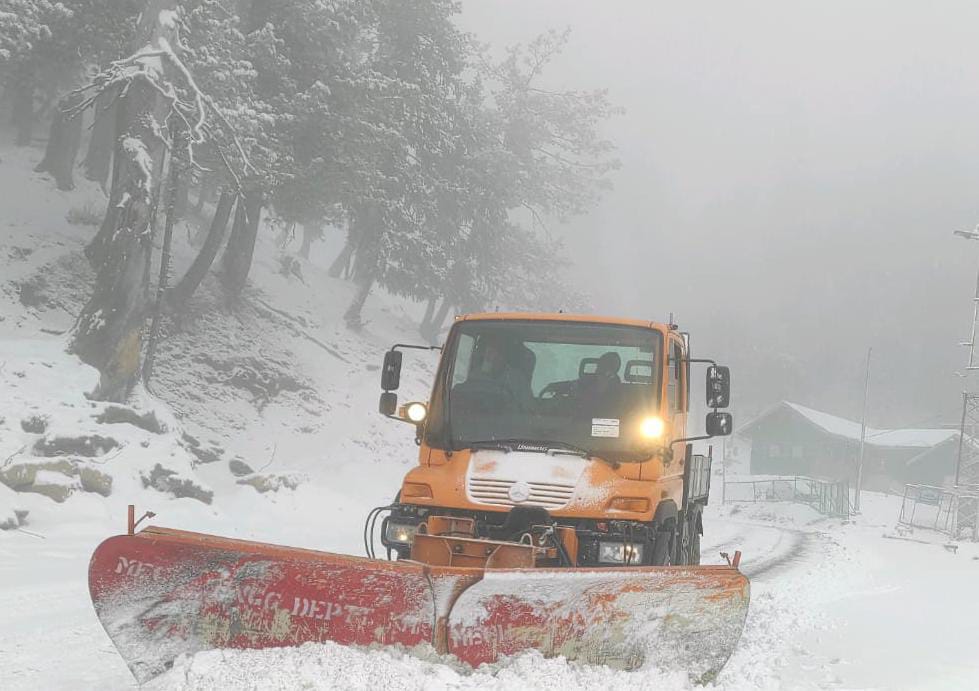 Srinagar, Jan 8: Jammu-Srinagar highway, the only surface link connecting Kashmir Valley with the rest of the world, shall remain closed on Sunday as continuous heavy rains and snowfall has led to blockades at number of places along the 270-km stretch, officials said.

“Tomorrow Vehicular movement on Jammu-Srinagar highway will remain suspended as the the heavy rains and snowfall has triggered large scale shooting stones activity, landslides and slipper road conditions on the (thoroughfare). The highway is blocked at many places,” a traffic department official said

He said there people are advised not to undertake any journey on the highway till the restoration work is completed and surface is traffic worthy. The traffic plied on Friday before fresh weather system to its closure again.

Earlier this week, the highway was closed on late Wednesday evening due to landslides, mudslides and shooting stones at several places along the 270-km stretch, officials said. It reopened on Friday with over 3000 vehicles stranded on the highway at various places allowed to move towards respective destinations.

Also, Ramban-Gool Road was also closed near Kanga due to landslide.“BRO men are on job. Please avoid traveling on this road today,” the officials said.