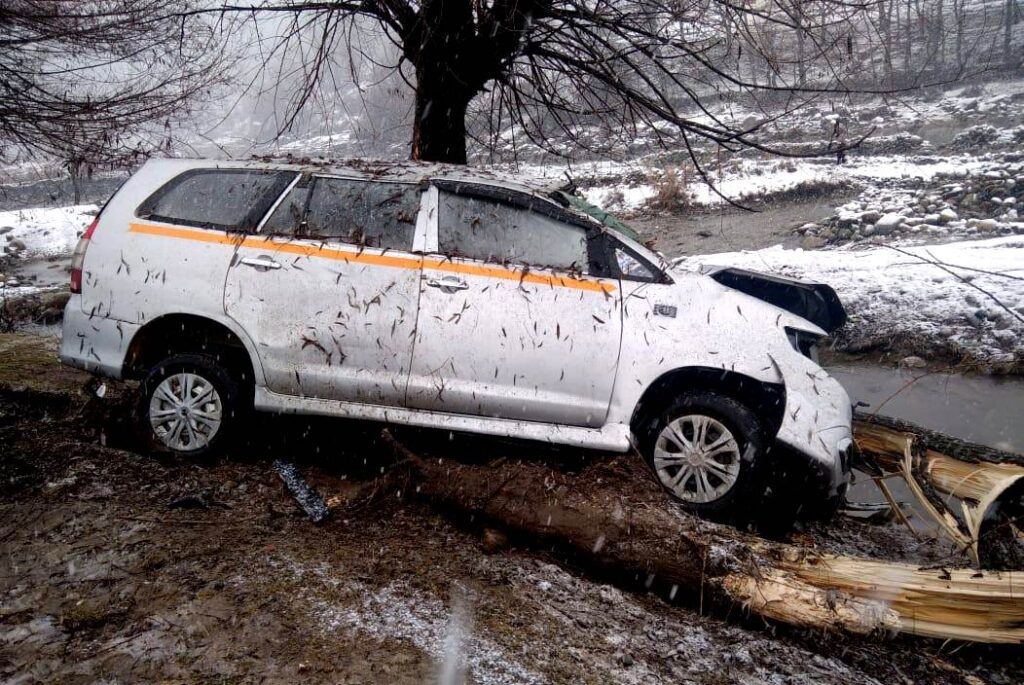 They said an Innova bearing registration number JK01T-6834 went out of control from the driver and it skidded off the road, hitting a tree.

Among the six persons on board, four passengers including two women sustained injuries.

Police said that all the injured are stable and discharged from the hospital.

The vehicle was damaged in the accident. knt