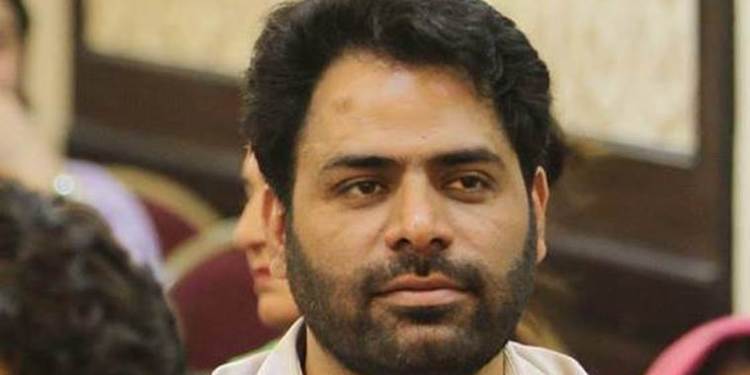 The Indian government should immediately end violations of the rights to liberty and a fair trial under the Unlawful Activities Prevention Act (UAPA), and uphold domestic and international human rights law obligations, HRW added.

“On November 22, 2021, officials of the National Investigation Agency, India’s federal counterterrorism agency, raided Parvez’s home and office, seized several electronic devices and documents, and arrested him on allegations of terrorism funding, being a member of a terrorist organization, criminal conspiracy, and waging war against the state. The action against Parvez was apparently politically motivated, ” HRW stated.

Parvez, 44, is the program coordinator of the Jammu and Kashmir Coalition of Civil Society and the chair of the Asian Federation Against Involuntary Disappearances.

HRW stated that Parvez documented cases of enforced disappearances and investigated unmarked graves in Kashmir, and as a result, the Indian authorities have repeatedly targeted him for his human rights work.

“He was detained for over two months in 2016 and blocked from traveling to the United Nations Human Rights Council in Geneva. He was among those targeted in counterterrorism raids in October 2020 when several nongovernmental organizations, activists, and a newspaper faced investigations for their work or for being outspoken about government abuses,” HRW stated..

“Parvez’s arbitrary arrest and detention is the latest in a long list of human rights violations by Indian authorities against civil society groups, human rights activists, and media outlets in Jammu and Kashmir. The authorities have not ensured accountability for extrajudicial killings and other grave abuses by security forces in Kashmir but have instead arrested those who speak out for justice and human rights. Journalists and activists have expressed fear that they can be summoned or arrested at any time. Over 40 people have been placed on lists instructing immigration authorities to stop them from traveling abroad, a news report said,” it added.

According to HRW statement, Parvez’s arrest comes amid a growing nationwide crackdown by the Bharatiya Janata Party-led government on civil society groups and media, and particularly in Jammu and Kashmir since the government revoked the state’s special autonomous status in August 2019 and split it into two federally governed territories.

The six HR groups said that as India’s crackdown on human rights has unfolded, its international partners, including the United States, the European Union, the United Kingdom, Canada, and Australia remain reluctant to publicly denounce Indian government abuses, let alone take measures to address them.

“The Indian authorities should immediately and unconditionally release Parvez and others arrested in politically motivated cases and drop all charges against them, the groups said. The government should also amend the Unlawful Activities Prevention Act to bring it in line with international human rights law and standards and pending its amendment, it should stop using it to target human rights defenders, critics of the government, and others exercising their basic human rights”.

The HRW statement also said that the authorities are increasingly using the counterterrorism law against activists, journalists, peaceful protesters, and critics to silence dissent.

“The law contains a vague and overbroad definition of terrorism that encompasses a wide range of nonviolent political activity, including political protest by minority populations and civil society groups. In 2019, the government further amended the law, granting officials the authority to designate an individual as a “terrorist” without charge or a trial,” it stated.

In October 2020, the UN High Commissioner for Human Rights raised concerns over the mounting use of the law against human rights defenders and peaceful protesters and urged the authorities to release people arrested “for simply exercising basic human rights that India is obligated to protect,” it added.

“Since August 2019, the Indian authorities have clamped down on media freedom in Kashmir. The authorities have shut down the internet more often than anywhere else in the world. The majority of the shutdowns are in Kashmir, and are aimed at silencing protests and also curbing access to information and violating fundamental rights including freedom of speech and association,” the HRW stated.

“Journalists in Kashmir face increasing harassment by the authorities, including raids and arrests on terrorism charges. In September, the police raided the homes of four Kashmiri journalists and confiscated their phones and laptops. In June, the UN special rapporteur on freedom of expression and the UN Working Group on Arbitrary Detention expressed concerns over “alleged arbitrary detention and intimidation of journalists covering the situation in Jammu and Kashmir.”

“Since 2019, the security forces have been implicated in numerous abuses while enforcing restrictions on movement including routine harassment and ill-treatment at checkpoints, arbitrary detention, torture, and extrajudicial killings. On November 15, four people were killed in an alleged gunfight with security forces in Srinagar’s Hyderpora area and the police hurriedly buried their bodies. The families of two victims said they were businessmen and were used by the police as “human shields.” When the families protested the killings, the police arrested them and temporarily detained several. After widespread protests, including by two former chief ministers, the police exhumed the two bodies and handed them over to their families, and the administration ordered a magisterial inquiry into the deaths,” HRW stated.

“Earlier in November, police arrested an activist and politician, Talib Hussain, for publicly questioning the security forces’ killing of a Kashmiri man in October. The authorities did not investigate Hussain’s allegations, but instead accused him of “promoting enmity between different groups” and “spreading rumors or fake news.”

In March, five UN expert mandates wrote to the Indian government seeking information about the detention of a Kashmiri politician, Waheed Para; the alleged custodial killing of a shopkeeper, Irfan Ahmad Dar; and the enforced disappearance of Naseer Ahmad Wani, a resident of Shopian district, HRW stated, adding, They raised concerns about “the repressive measures and broader pattern of systematic infringements of fundamental rights used against the local population, as well as of intimidations, searches and confiscations committed by national security agents.”

“In December 2020, security forces killed two men and a teenager in the outskirts of Srinagar, claiming they were militants. The families disputed the claims, and the teenager’s father said he was a secondary school student. In February, the police reportedly filed a criminal case, including under the counterterrorism law, against the teenager’s father, who had demanded his son’s body and sought an investigation into the killing,” HRW said.

“There has been no accountability for security force abuses, in part because of the Armed Forces (Special Powers) Act (AFSPA), which gives the security forces effective immunity from prosecution. Since the law came into force in Jammu and Kashmir in 1990, the Indian government has not granted permission to prosecute any security force personnel in civilian courts. Rights groups have long documented that the law has become a tool of state abuse, oppression, and discrimination, and called for its repeal. Affected residents, activists, government-appointed committees, politicians, and UN human rights bodies have also criticized the law,” it added.