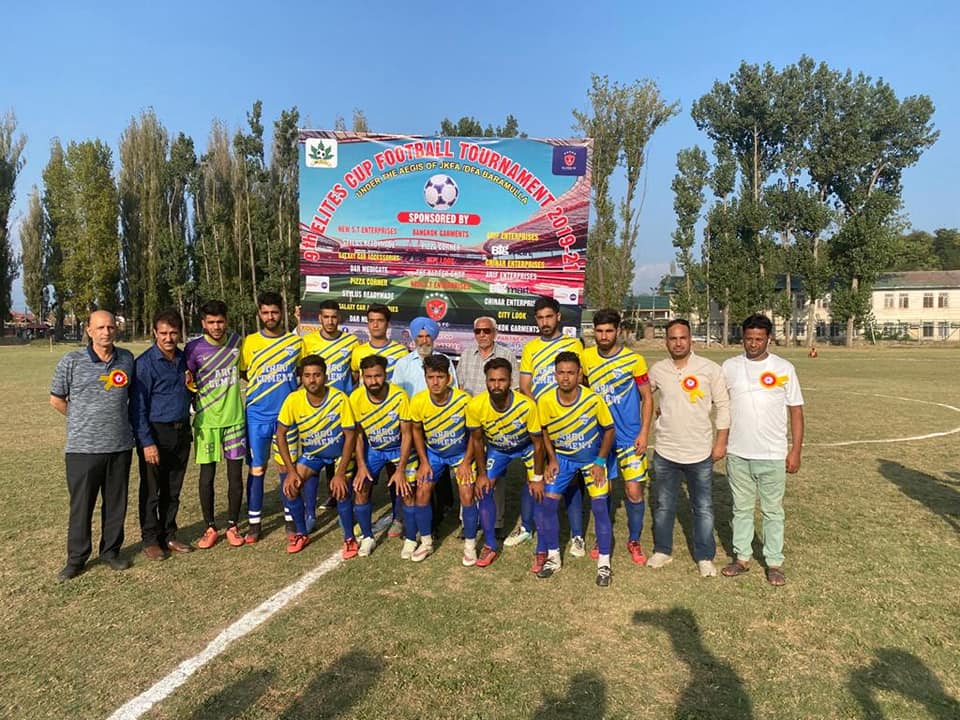 The match was expected to be a high voltage encounter and it entertained the spectators. Both the teams played exceptionally well and showed classic skills.

As the match started, forwards of both the teams started attacking other to seize an early initiative. Arco FC succeeded in their effort when Ishfaq Teli scored the first goal for his team in 13th minute of the match. This lifted the confidence of Arco FC players and they continued to attack the opposite team with full thrust. In 18th minute of the match, Waseem Haroo of Arco FC scored beautiful goal over a lovely cross ball. Half time ended with a score of 2-0.

As the second half began, Novelty FC players were keen to score and they launched several attacks on the opposition and in 79th minute of the match, a penalty kick was awarded in favour of Novelty FC which was converted by Alok without any mistake. In the dying moments of the match, Owais Ahmad of Arco FC managed to score in the 88th minute. The score line read 3-1 at the time of final whistle of referee in favour of Arco FC.

The Management of Arco FC led by its Chairman Mr. Imran Anim and Secretary Mr . Sohail Anim has hailed the performance of players and coaches who are working very hard to lead the the table of league.