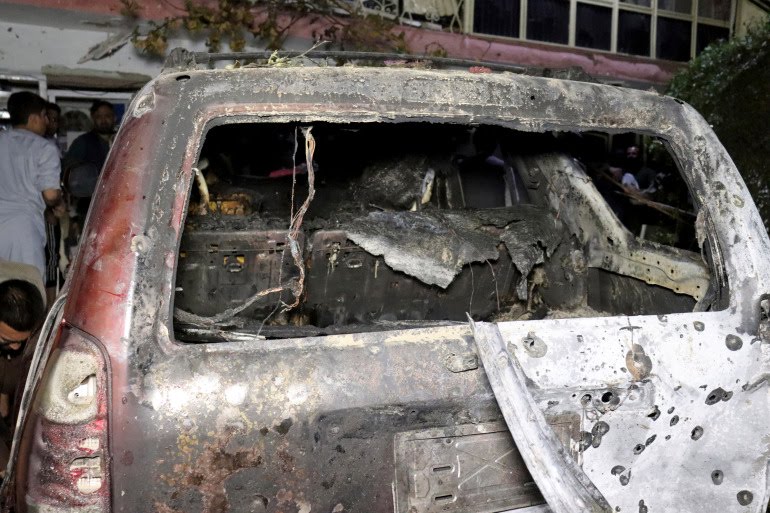 Kabul: Several children have been killed in a US drone attack that destroyed a car laden with explosives near the international airport in Afghanistan’s capital, Kabul, according to witnesses, Al Jazeera reported.

At least three children were among the six civilians who died in Sunday’s attack, witnesses said.

The United States’s Central Command (Centcom) said it was aware of “reports of civilian casualties” following the drone attack, which it said hit “multiple suicide bombers” who were preparing to attack the ongoing evacuations at the Kabul airport, reports said.

The attack was the second one carried out by US forces in Afghanistan since a member of the ISIL-affiliated Islamic State in the Khorasan Province, ISKP (ISIS-K) detonated his explosives at the airport on Thursday, killing dozens of Afghan civilians trying to flee the Taliban-controlled country, said media reports.

A senior US official said that Sunday’s attack was carried after individuals were seen loading explosives into the boot of a vehicle parked in a residential compound near the Kabul airport. The US military drone fired a Hellfire missile at the car. (Al Jazeera)