Says our mission is to consolidate peace,normalcy & foil anti-peace attempts 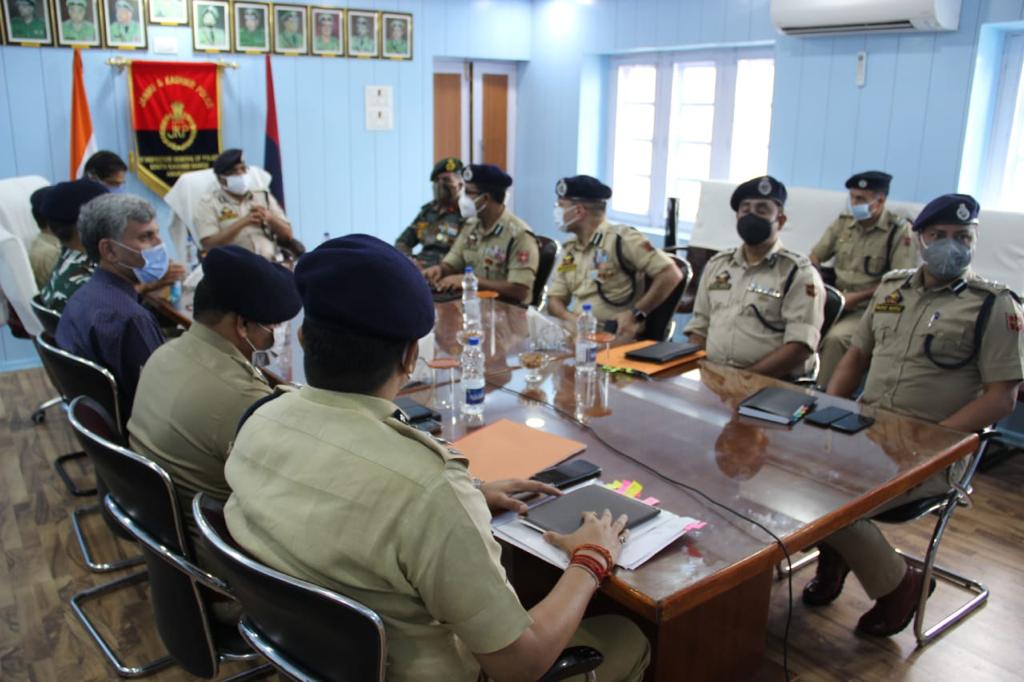 Srinagar, Aug 04: Director General of Police (DGP) Dilbag Singh Wednesday visited North Kashmir Range, Baramulla and South Kashmir Range Anantnag and had back to back meetings with the top officers of Army, CRPF and Police.

According to a statement, Singh reviewed the security scenario in both the ranges. He also inaugurated the renovated conference hall at DPL Baramulla.

Addressing these meetings, the DGP directed the officers to plug all communication gaps so that the detailed security arrangements made and directions passed to all the districts and formations are implemented in letter and spirit.

He directed for enhanced security through coordination between all the forces on ground as militants and their masters are desperate to do any mischief.

Stressing for strengthening the security grid, the DGP said “our efforts should be resolute and specific giving no room to any complacency”.

Proactive measures have to be taken to ensure peace and order, DGP added.

Stressing for increased patrolling, the DGP said all the OGWs and anti-national elements should be kept under check to foil their nefarious attempts. He directed the officers to be extra cautious and alert to thwart any anti national activity.

He said that CCTV cameras be installed at all Naka points and also on police vehicles to keep surveillance on all the crimes and violent acts. He directed for preparations of contingency plans to meet any challenge or situation. He emphasized upon the officers to increase Naka checking and night domination to foil all ill intentions of the militants and their masters.

DGP directed to keep strict watch on all the rogue elements and stressed for tracing and tracking the anti national elements on social media. He said that propaganda-mongers from across the border and within are spreading misinformation through social media platforms to instigate the youth and create disturbance here. He stressed for counter propaganda measures at different levels.

He said that it is heartening to see the performance of the officers and personnel in maintaining peace and order and added that the mission is to consolidate the peace and normalcy and foil all the anti-peace attempts.

DGP said that any requirement to improve the efficiency of the forces on ground would be provided as quick as possible. He directed the officers of Armed and IRP to be proactive in policing as well as in law and order and be well knit in the security grid of the districts with district police.

He directed the officers to increase police presence in the market places to boost the confidence of the public.