‘Will use every opportunity to fight for rights of people’: PAGD 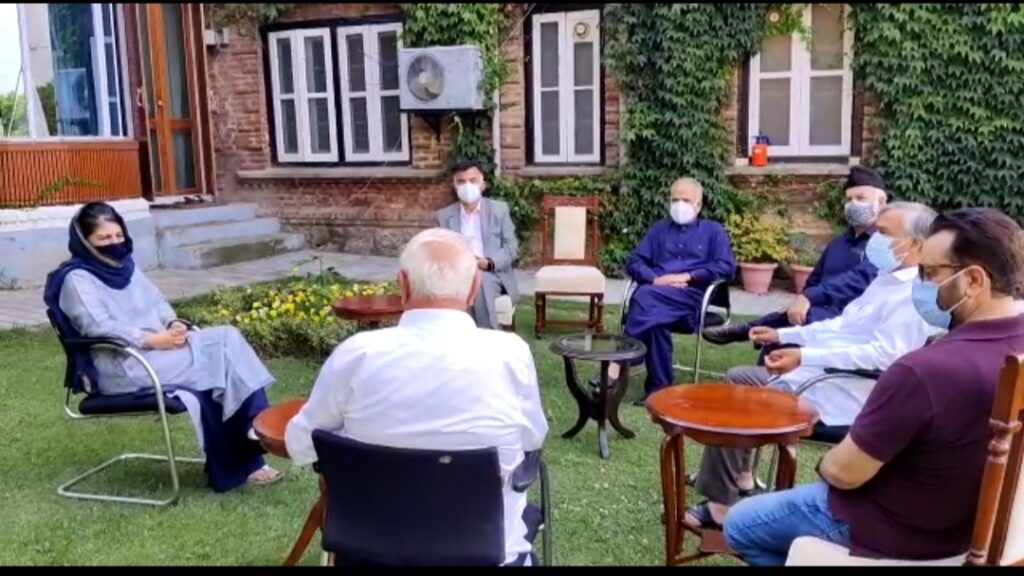 According to the sources the meeting chaired by PAGD’s president and National Conference (NC) president Dr Farooq Abdullah, started at 05:10 PM.

Soon after holding the meeting, the leaders from PAGD stated that there has been no change in their stance on the declaration made on August 04, 2019. The leaders while talking to the media persons here said that it will continue to fight for the rights of people.

Abdullah, when asked whether he will resign as Member of Parliament in case any unfavourable decision is taken by the government, said that he will douse the flames in the fire. “I will not quit. But, I will fight for my people in the parliament,” he said.

He added that the doors of PAGD has and will remain always open for everyone. “We have not been asked or informed about anything so far regarding the ongoing speculations,” he said.

PAGD’s new spokesman, Tarigami said that the conglomerate will never leave any stone unturned for the betterment of the people. “We (PAGD) will use every opportunity for the wellbeing of the people,” he said.

The meeting has its significance as it has been called after a six-month-long period and amid the speculations over the further bifurcation of Jammu and Kashmir.

Pertinently, the PAGD, a conglomerate of political parties was formed in Jammu and Kashmir to fight for the restoration of August 04, 2019 position. Nonetheless, the silence prevailed within the conglomerate from last couple of months. kno