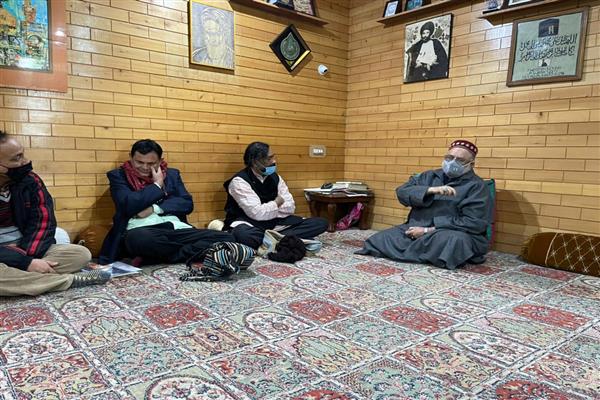 During the hour-long meet the delegation raised significant issues, said the spokesperson of Anjuman Sharie Shian in a statement.

Quoting Aga Hassan, the statement said that “Christianity and Islam, the world’s two largest religions, should talk together instead of being divided by hate and misunderstanding”.

It further stated: “It is dialogue between us based on respect for our differences, knowledge of each other’s cultures and traditions, awareness that none of us have a monopoly on absolute truth, and an honest search for complementarity that is our calling as people of faith.”

“We should not fall into the trap of seeing dialogue as theological dispute but rather discuss ways in which we can find agreement on common ethical principles rooted in the will of God,” read the statement.