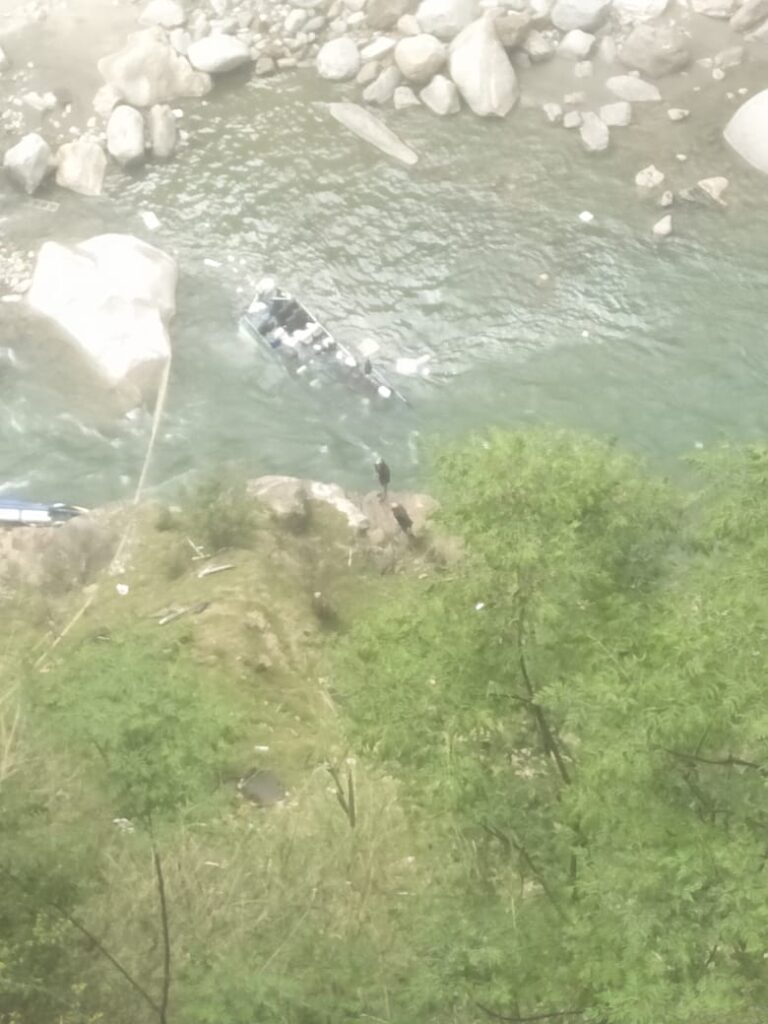 Doda, Apr 12: At least six persons were killed while four others were injured in a road accident that took place in Doda district of Jammu region on Monday, officials said.

Officials said that a mini-bus bearing registration number JK06A-6733 carrying passengers skidded off the road at Thathri-Gandoh road and rolled down in a Nallah, resulting in death of six persons.

He added three among the four injured have sustained critical injuries and have been referred to Jammu hospital for treatment.

One among the above mentioned injured has succumbed while his or her name was not ascertained when the report was last filed.