Shopian family emerges in Srinagar along with dead body, alleges man was killed by goons during land acquistion drive 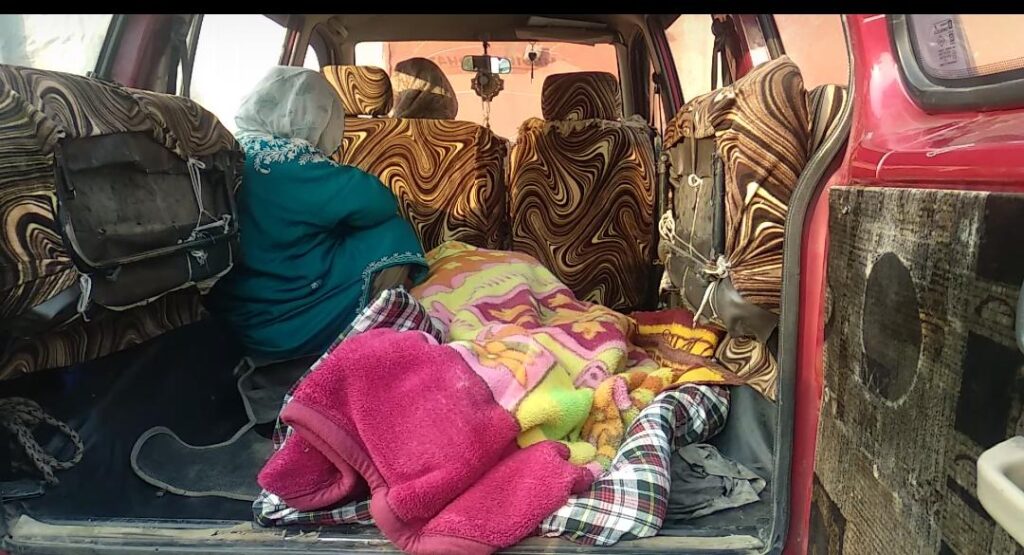 The family alleged that the man didn’t die of cardiac arrest but was assaulted by some goons on the behest of civilian officials.

Pertinently, during a stone-pelting incident an elderly man reportedly died yesterday on spot in South Kashmir’s Shopian district. An official had said the man died due to heart attack.

Some locals including females resorted to stone-pelting on a land acquisition team in Hermain village of South Kashmir’s Shopian district. The team led by Tehsildar Hermain, Block Development Officer Hermain had arrived in the village to take possession of land that is supposed to converted into a sports ground.

The locals pelted stones on them during which an elderly man suffered a “heart attack” and he died on spot. He was identified as 65 year old Abdul Salam Thokar, a resident of Padderpora Shopian.

However, the family of the deceased arrived at Press Colony Srinagar along with the dead body.

They claimed that even after the death of the man, police didn’t file an FIR.

“We won’t bury the dead till action is initiated against those responsible for his death. He was a a driver by profession and killed by goons,” they said.

“We had a land dispute with another party. Over a dozen people arrived yesterday to occupy the said land. He was manhandled by goons as a result he died,” they siad.

They said the locals want to know on whose behest the government team had arrived in the village and who forcibly abducted the deceased. (KNT)