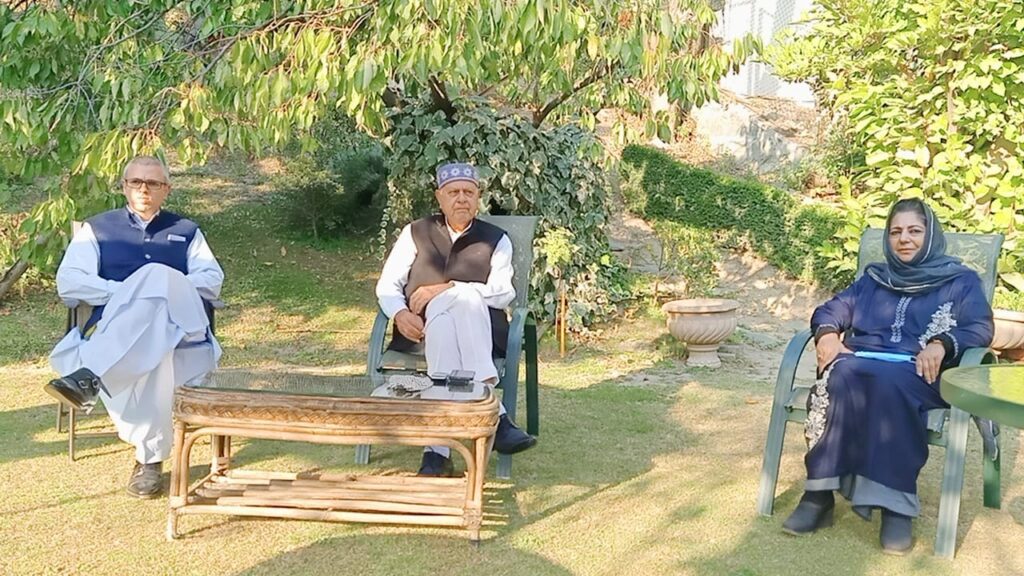 The decision was taken in a two-hour-long meeting of top leaders of the alliance held at PDP Chief Mehbooba Mufti’s Gupkar residence.

He further informed that during the meeting, it was decided the flag of erstwhile Jammu and Kashmir State will be the symbol of the group.

“The whitepaper will compare the reality and false propaganda on the ground,” he added. As per KNO Correspondent, he also said that the group is going to hold a convention on 17th November.

Meanwhile, Farooq while talking to the media persons said that it is being propagated that the group is  formed by the leaders is anti-national. “The group is not anti-national, but anti-BJP,” he said.

He said the BJP has tried to divide people and are making attempts to break the federal structure of the country, but it won’t succeed. “It is not a religious fight but the fight for the identity of the nation,” he said—(KNO)