38 days on, no whereabouts of missing soldier from Shopian 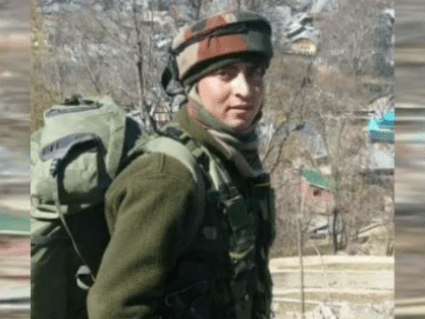 Shopian, Sep 10: 38 Thirty eight days on, there are no traces of abducted soldier from South Kashmir’s Shopian district as all the attempts by the family to trace their son have failed.

The Territorial Army soldier, Shakir Manzoor, a resident of Shopian’s Reshipora village was abducted by suspected militants on August 02 and his car was burnt down in Kulgam village and his clothes were found in Landoora area of Shopian on 5 August.

Family members of the abducted soldier said that since August 02 they have searched around 60 kilometers in radius from the place where he was abducted, however, there are no traces of him since then.

“We continued searching different areas but have failed to get a clue about him,” said one of the cousins of missing soldier, adding that “if he has been killed but where his body has been kept.”

Even today, they searched some areas but every day they return back without finding anything, he said adding that “we have searched Karewas, orchards, canals, rivers and other fields but have failed to trace him.”

The missing soldier’s family members and relatives appealed to the abductors if they had killed him, at least return his body so that they could see him one last time and bury him.

Pertinently, his family members have repeatedly appealed to the abductors to please let him go and if he has committed some wrong and let him come back to us unharmed and he would leave this job.

Pertinently, days after his abduction, an unverified audio message had surfaced in which the speaker claimed to be a militant, without identifying himself, stating that the abducted soldier was killed and buried at an undisclosed location the way slain militants are buried—(KNO)